Gretzky and Selanne to headline alumni game at Heritage Classic 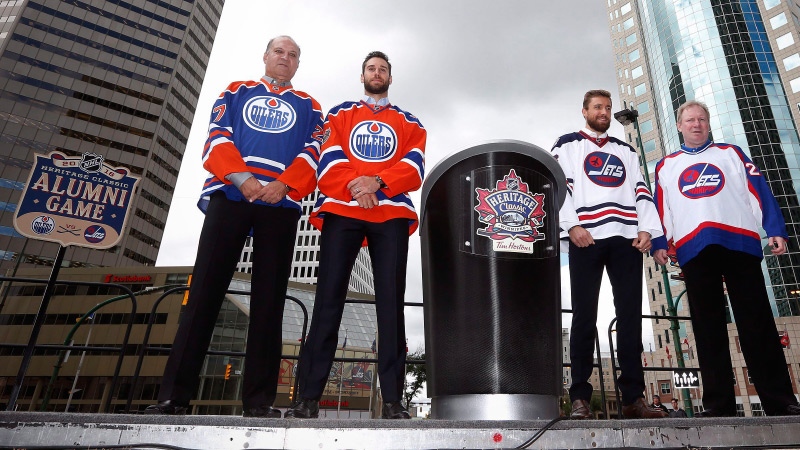 The NHL announced the rosters Friday, that include a veterans team made up of legendary Oilers players like Gretzky, Mark Messier, Dave Semenko and Craig MacTavish. The Jets alumni taking the ice include Selanne, Dale Hawerchuk, Thomas Steen, Kris King and Dave Babych.

"The rivalry between the Winnipeg Jets and the Edmonton Oilers represents a significant part of our team's rich hockey history," said Mark Chipman, chairman of True North Sports Entertainment, which owns the Jets. "Unveiling the NHL Heritage Classic jersey and announcing the alumni rosters for the 2016 Tim Hortons NHL Heritage Classic today is the first step in what will no doubt be an exciting journey for hockey fans of all ages."

Both Edmonton and Winnipeg were originally part of the World Hockey Association before that league merged with the NHL in 1979.

The game will take place at the 2016 Heritage Classic that will be played on October 23 at Investors Group Field in Winnipeg, home of the CFL Blue Bombers.