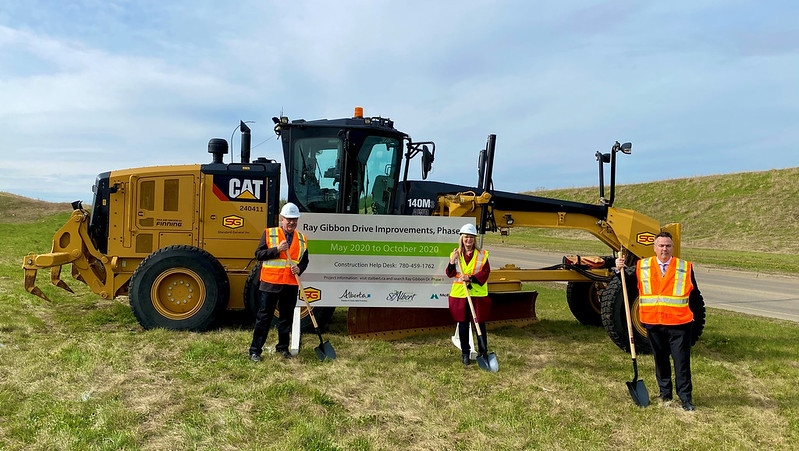 EDMONTON -- A 10-year effort to twin Ray Gibbon Drive, making it easier for St. Albert drivers to access the rest of the region, was formally celebrated Wednesday.

Politicians from the city and province posed with shovels for a ground-breaking photo, while announcing that actual construction work will begin June 1.

The plan is to twin the existing two-lane road that skirts the western edge of the city in four stages, starting in the south and moving north.

The goal is to ease congestion on a road that currently sees more than 20,000 vehicles a day.

“It will encourage economic development in the area, support jobs for Albertans, and greatly reduce traffic congestion in St. Albert,” local MLA Dale Nally said in a news release provided by the province.

Eventually Ray Gibbon Drive will connect to Fowler Way, linking it to St. Albert Trail on the northern edge of the community, according to city maps. 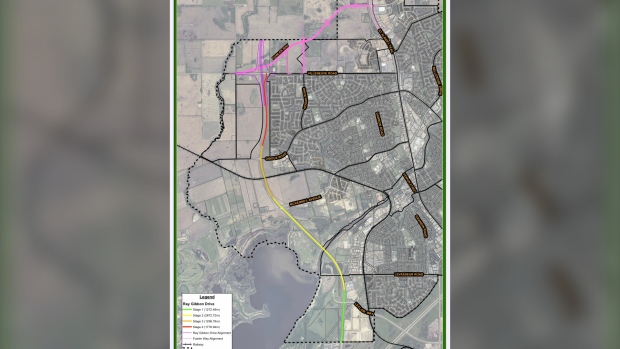 The $54-million bill will be split 50-50 between the City of St. Albert and the Province of Alberta, with completion estimated for 2030.

“We appreciate the support of the Province in partnering with the City to share the costs of this expansion with us over the next decade,” Mayor Cathy Heron was quoted in the release.

The new Ray Gibbon Drive will be “a four-lane arterial road with sidewalk trails, curbs, lights and intersections leading to the rest of St. Albert,” the city’s website read.

The province estimates the project will create 150 jobs.