Guests allowed back inside Coliseum Inn after fire causes evacuation 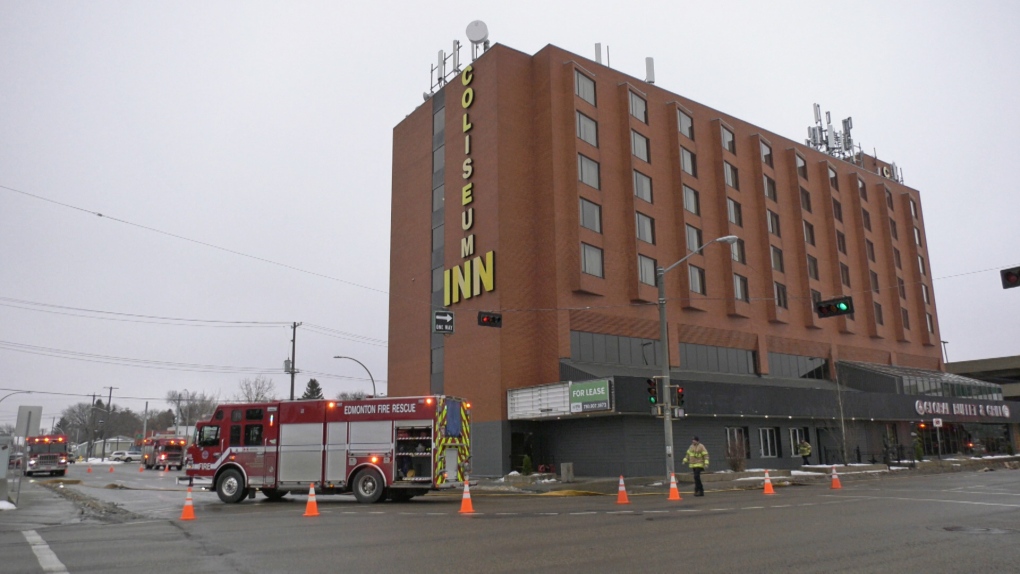 The Coliseum Inn was evacuated Nov. 14, 2019, after a fire resulted in thick black smoke in the area.

EFRS said thick black smoke in the area was reported just after 11 a.m. Six units were on scene within four minutes.

The fire forced the evacuation of the hotel and a second alarm was called, resulting in an extra five units heading to the scene.

Guests in the hotel found themselves watching fire crews work from the curb, as fans were set up to ventilate the structure.

“The fire alarm went off initially and I went out and talked to a staff member and they said it was just a cigarette and no worries, they’re working on it,” she recounted.

Bourque noticed the arrival of fire trucks on scene, and worried the emergency might be more than was first thought.

“We’re on the seventh floor and we saw a little bit of smoke at the far end of the level and decided, 'OK, it's time to go!'”

The incident was quickly dealt with, as firefighters had gained control of the fire by 11:30 a.m. Crews remained on scene to ensure the fire was fully out.

According to the Coliseum Inn, it was back in operation and guests returned to their rooms later in the day.