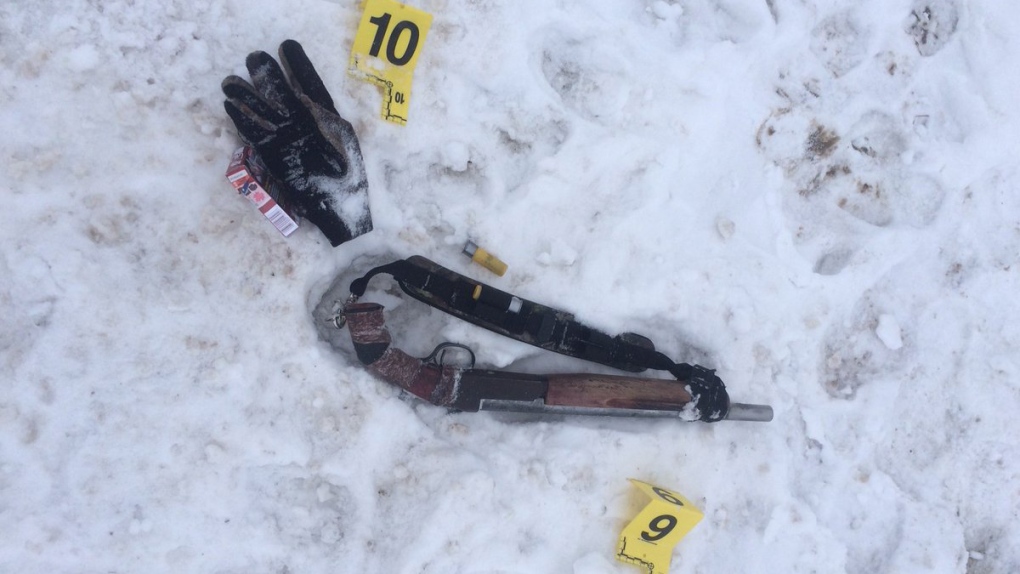 The Alberta Serious Incident Response Team is investigating police conduct after an event in Grande Prairie where gunfire was exchanged by RCMP and suspects. Courtesy: Twitter / ASIRT.

Two modified guns were found at a scene where gunfire was exchanged by RCMP and suspects in Grande Prairie early Tuesday morning.

Around 4 a.m., police encountered and followed a GMC Sierra truck.

Near 99 Street and 141 Avenue, the driver of the truck stopped and, at a high speed, backed into the front end of one of the police vehicles.

ASIRT said an “exchange of gunfire” occurred in the subsequent confrontation between RCMP and the two suspects.

A 21-year-old man, who was believed to be the driver, sustained injuries to the left leg and left shoulder, and was transported to hospital.

The 29-year-old passenger was not injured and arrested without any further incident.

No one else was injured in the event.

ASIRT will determine whether RCMP conduct was lawful.

Meanwhile, RCMP have charged two men in relation to the incident.

Both will remain in custody until their scheduled court appearance on Dec. 7.