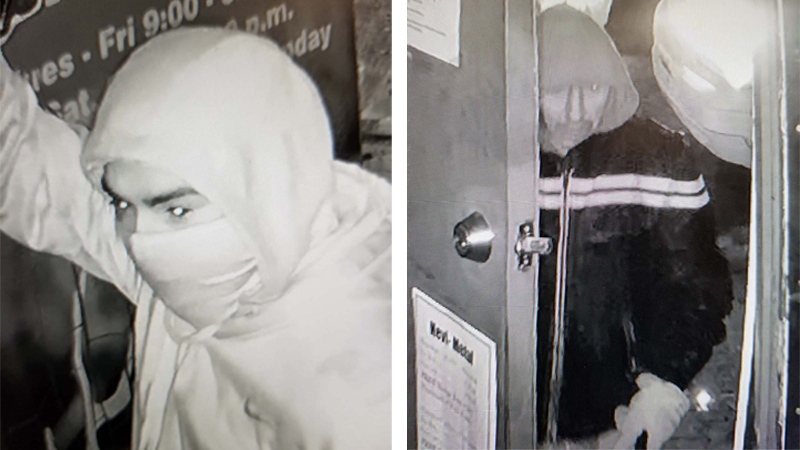 RCMP are asking for the public's help in identifying four men who broke into Bashaw Sports Centre and stole an unknown number of guns in the early morning of Dec. 7, 2019. (Photo provided.)

EDMONTON -- Police have released photos of suspects and vehicles involved in the theft of an unknown number of guns from a central Alberta sports goods store early Saturday morning.

RCMP say they were called to Bashaw Sports Centre in Bashaw, about 130 kilometres south of Edmonton, around 4:30 a.m.

A truck was used to smash through the front of the building and caused significant structural damage, the store owner told CTV News Edmonton.

According to police, four men used a Chevrolet GMT-400 to break in, then loaded the guns into a white Chevrolet pickup truck while the GMT-400 stayed on the street.

All four fled in the two trucks.

Police told CTV News Edmonton it is unclear how many guns were stolen or if they were in fireable condition.

No arrests have been made. Bashaw RCMP are looking for four men, who were described as:

RCMP later found the GMT-400 in Heisler, about 60 kilometres east of Bashaw. It was stolen.