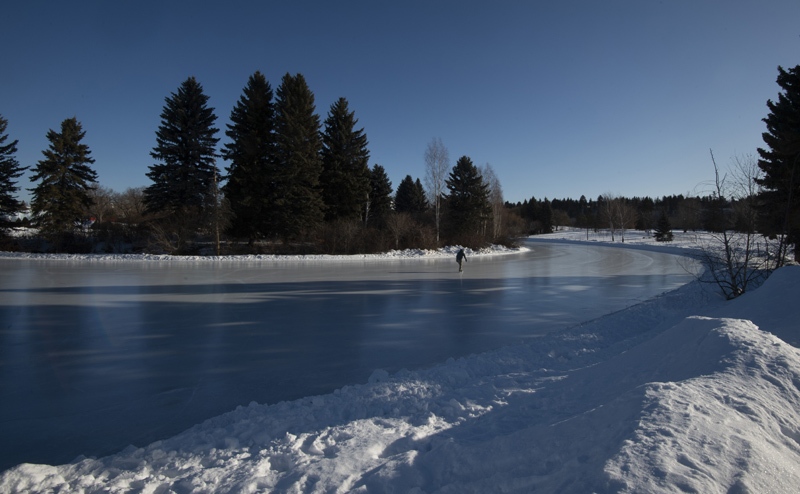 The city has opened Hawrelak Park Lake for skating for the 2021 winter season. (City of Edmonton)

The city has opened Hawrelak Park Lake to skating, marking the final city-operated ice surface to open in Edmonton.

The skating surface is open between 11 a.m. and 10 p.m. and admission is free.

The ice rink at City Hall also recently opened, and now Victoria Park Skating Oval and IceWay, Rundle Park IceWay and the rinks at Castle Downs and Jackie Parker parks are all available to use.

The Meadows Community Recreation Centre outdoor leisure ice had opened but was shut down when the province announced stricter COVID-19 restrictions in December. The city says it's closed "until further notice".

The city also says the ice surface at the southwest corner of Hawrelak Park will not open for the season due to "service impacts" caused by the pandemic.

The city recommends checking ice conditions before heading out and is reminding residents shinny and outdoor gatherings are prohibited, indoor change areas are closed and two metres distance must be maintained between skaters of different households.

Indoor washrooms are open but masks must be worn while using.

There are also dozens of community league ice rinks open but each has different hours, cost and league membership requirements.