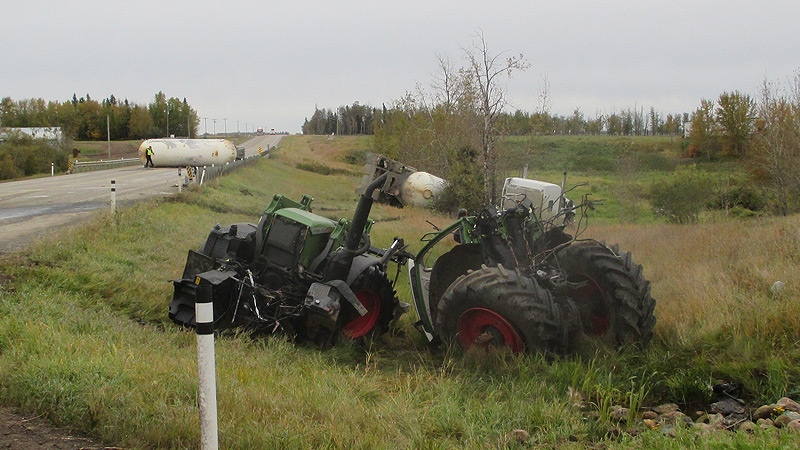 A HAZMAT crew is working at the scene of a three-vehicle collision that happened Tuesday night north of Westlock.

Traffic on Highway 44 north of Westlock is being rerouted as a HAZMAT crew works at the scene of a three-vehicle collision.

Westlock RCMP responded to report of the collision at 8:30 p.m. Tuesday night.

Police investigation has so far concluded a farm tractor was crossing the highway at Township Road 614 from the east. A southbound semi tractor was unable to avoid colliding with the farm tractor and both were forced into the west ditch.

A truck that had been following the semi tractor was unable to avoid a collision with a trailer that was on the highway.

Traffic on both lanes of Highway 44 are being rerouted around the scene.

A HAZMAT team is currently there removing the gas from the tankers, which were not compromised in either collision.

The male drivers of the truck and tractor were taken to hospital with serious but non-life threatening injuries. The driver of the semi was not injured.

Westlock RCMP continue to investigate the collision and will provide an update when the highway is cleared.