A south Edmonton dog is OK thanks to her favourite maintenance worker noticing she had been stranded on the outside of an elevator going up.

The rescue, captured on the building's security footage, is nail biting.

On Tuesday, she and Charley were returning to their apartment from one of their outings when the pair spotted the building's maintenance worker, Bob Foster. Welz waves and continues into the elevator while Charley lingers in the lobby.

"I thought she was in the elevator with me, but she pulled out and saw the maintenance man and the elevator started to close," Welz recalled.

Foster walks out as the door starts to close. Upon realizing it has fully shut, he hits a button on the elevator's command pad, but its starts to rise anyway -- pulling Charley by her leash with it.

"I could feel the leash tugging on the door, and the door wouldn’t stop closing. I was pressing the buttons frantically, trying to stop it. I was just panicking," Welz said.

"I could see the leash moving up and I screamed at that point. I didn’t know what to do, so I was pressing buttons and all I was worried about was what I could going to find when the door opened on the other side."

Lucky for her and Charley both, Foster was on the other side. He first seems to try to find a way to unhook Charley from the leash, but with the speed the elevator begins to move, abandons the tactic and holds on.

He's lifted off his feet briefly before the leash appears to break. He keeps hold of Charley as the fall to the ground, with him bearing the brunt of the fall. 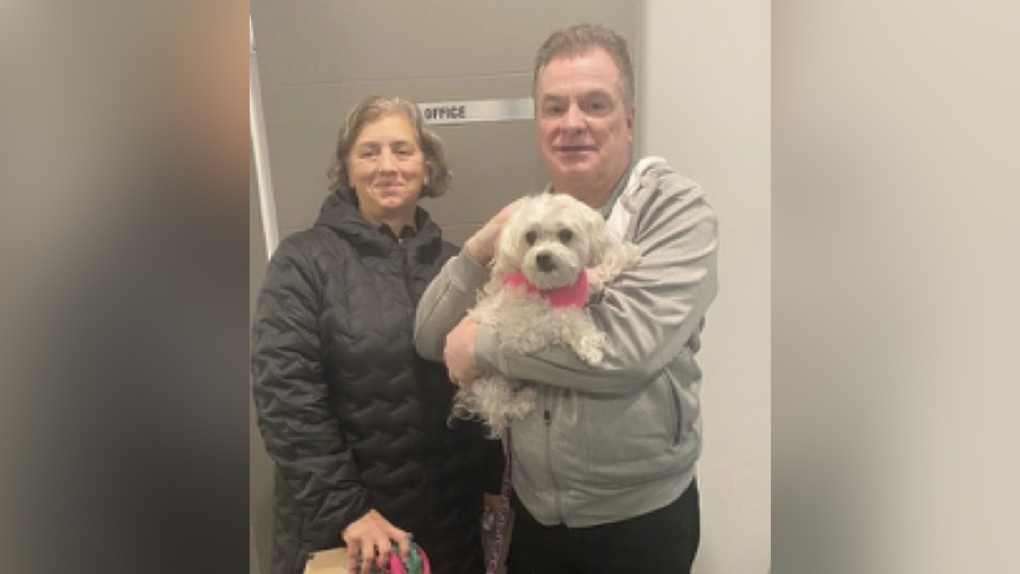 “She seems to be a little bit scared, but I think that’s normal," Welz said of Charley the next day.

"It could have been so much worse."

Charley was Welz' daughter's dog, before she passed away in 2016 from fentanyl poisoning.

“Our family is very happy that she’s OK and thanks to Bob and his service and -- he’s a hero," Welz said.

While the maintenance worker declined to interview, he has been told how much his heroism is appreciated.

He was gifted a mug that reads, "You're my hero. Love, Charley." 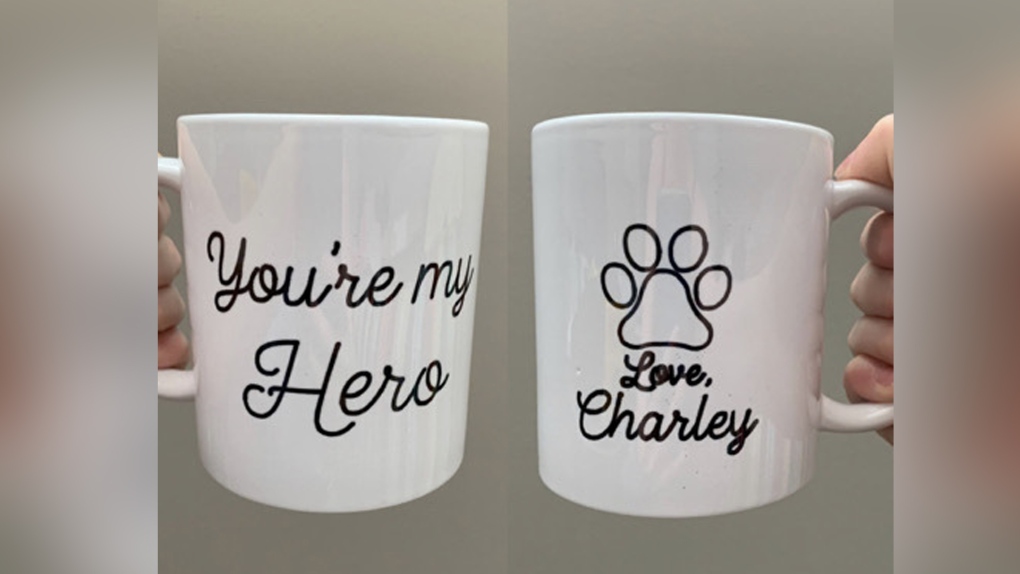 Angela Welz and Charley gave Bob Foster a mug for his heroic and quick thinking. It reads: "You're my hero. Love, Charley."