A helicopter helping fight a wildfire west of Edmonton crashed in a remote area only accessible by air on Monday.

According to RCMP, around 6:30 p.m. an Alberta Forestry helicopter was downed near Evansburg, Alta., approximately four kilometres west of Highway 22 and five to six kilometres north of Highway 16. 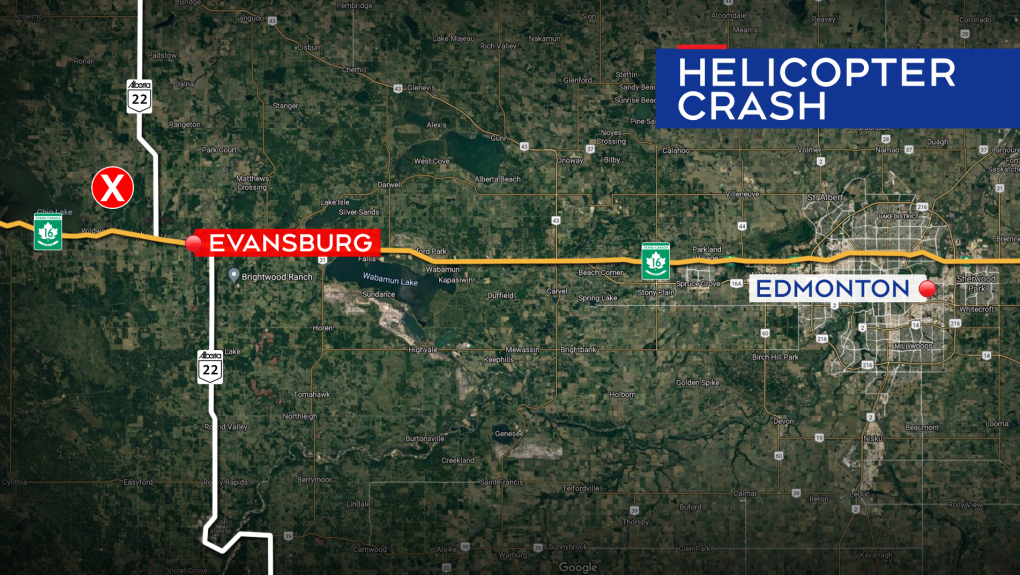 Mounties said they were working with EMS, Alberta Forestry, and Evansburg Fire to get to the scene of the incident.

According to RCMP, there was only one person on board and their condition was not known at the time.

Two investigators from the Transportation Safety Board were headed to the site Tuesday morning. The government agriculture and forestry ministry said Alberta Wildfire would work with RCMP and TSB in their investigation.

Wildfire EWF-075, detected on June 22, was being held at 175 hectares as of Monday evening.