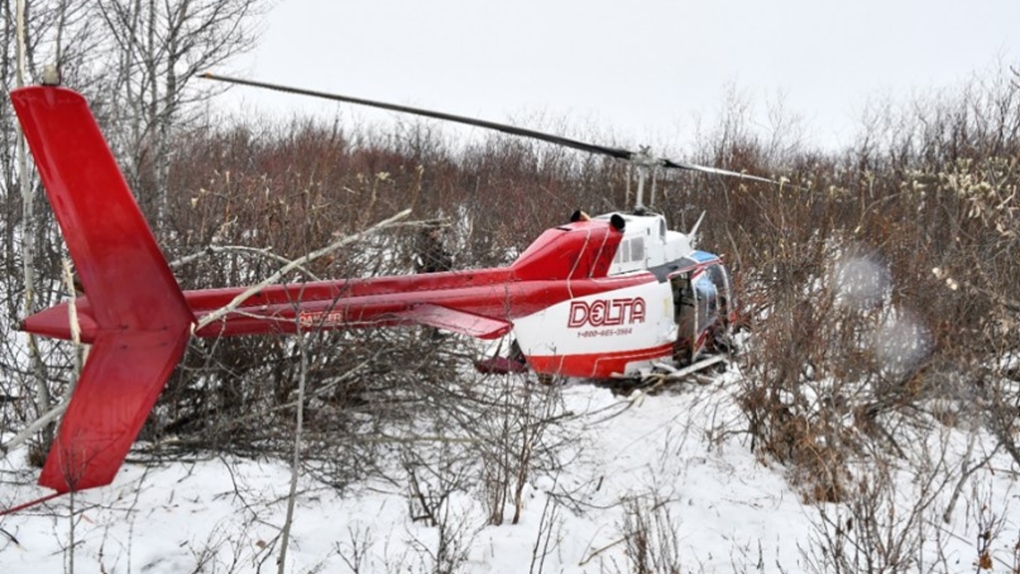 A Bell 206B helicopter owned by Delta Helicopters Ltd. crashed in Alberta on Jan. 23, 2022. (Supplied: Transportation Safety Board of Canada)

A combination of factors caused a helicopter pilot to lose control before crashing near Camrose earlier this year, the Transportation Safety Board of Canada concluded in a new report.

The helicopter, which was carrying a pilot and three passengers conducting a wildlife management survey for Alberta Environment and Parks, crashed east of Camrose on Jan. 24.

All four people on board were injured.

The TSB investigation found the pilot was descending to allow the observers to count animals on the ground when a combination of winds, low altitude, and torque from the helicopter blades caused him to lose control.

The helicopter crashed into a bushy area on the ground.

According to the TSB, the pilot had a valid commercial pilots licence, which was endorsed for the type of helicopter he was flying, and all passengers on board were wearing lap belts and shoulder harnesses at the time of the crash.

The Toronto Blue Jays' first foe in the playoffs is now official.

California serial killer 'on a mission' in slayings, police say

A California serial killer seems to be 'on a mission' throughout the fatal shooting of six men and the wounding of one woman dating back to last year.