Here comes some snow: This is your Edmonton forecast 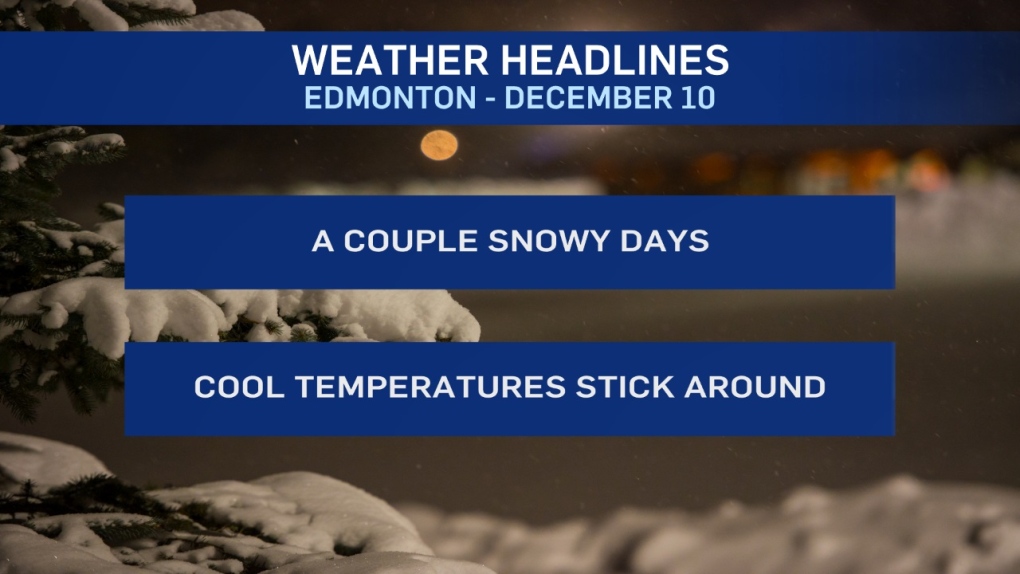 EDMONTON -- Snow falling in western Alberta this morning will push east towards the Edmonton region later this morning.

We'll have snow in the Edmonton region through this afternoon and tonight.  Possibly upwards of 5 cm on the ground by Wednesday morning with flurries tapering off by midday Wednesday.

That's not the end of the snow as another band moves in on Thursday with the potential to produce a couple centimetres.

After Thursday, we get a break from snow for a few days.

Temperatures remain below average through the rest of the week.

For the second straight night, the temperature rose overnight to a HIGH of -8 early this morning.

We'll cool a bit and settle in the -10 range for most of the day.

We may see a bit of a warm-up through the weekend and into early next week.