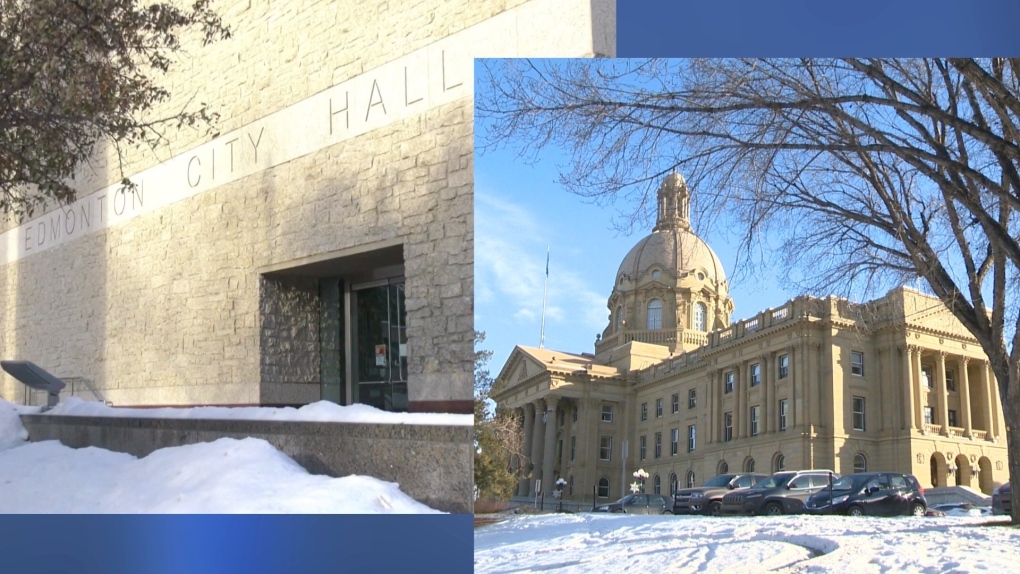 EDMONTON -- The City of Edmonton revealed Friday its wish list for next week's provincial budget.

Members of council heard from Edmonton's Chief Financial Officer Mary Persson, who laid out administration's priorities for the fiscal year.

"Our focus for 2021 is maintaining current commitments and looking for support for those that need it most during these difficult economic times, such as small business and our partners in the housing field," Persson told council.

Among the city's priorities is the Municipal Sustainability Initiative (MSI), which Persson says accounts for over a third of the programs in Edmonton's approved capital budget from 2019 to 2022.

According to Persson the city has budgeted over $362 million in capital investments related to the MSI.

"Maintaining capital funding from the province at its current levels is essential, as the federal government ramps up capital transfers," she said.

The city's CFO said they'll also be looking to see if the previously committed provincial funding for the 50 Street rail separation and Yellowhead projects is still on the books in next week's budget.

"Continued funding is essential to complete that work," Persson said.

"We want to make sure we're able to maximize the benefit from this federal program for Albertans," said Persson.

Beyond the projects that are already approved in the city's capital budget, Persson said administration hopes for provincial support for permanent housing as well as housing for vulnerable populations "given the recent federal commitments and capital for housing and the issues brought to light through the pandemic."

Funding for school infrastructure is another item on the city's wish list.

"We will also be paying attention to the provincial education property tax requisition to see if there are any changes," Persson said. "This will not affect the city's taxation revenue, but it will impact overall property tax tolerance."

After hearing Persson's presentation, Mayor Don Iveson shared his thoughts on his expectations for next Thursday's provincial budget.

"I think (the province) know(s) where we're coming from on this," he said. "I think they understand the scale and the scope of what we're asking for and why. They're hearing it not just from us but from our business community, so I think it's getting more and more purchase as it becomes an economic recovery and perceived safety and quality of life issue in our downtown, as the question of downtown recovery in Calgary and Edmonton comes back."

Iveson highlighted the idea that many jobs depend on funding from the province, both for services ranging from policing to libraries as well as infrastructure jobs that are part of the economic recovery.

"As well as some of the opportunities that are out there for shovel-ready projects like the south LRT extension to Ellerslie Road," he said.

The Edmonton mayor said he will also be watching to see what the province has planned for affordable housing and school infrastructure.