Here's who got hit the hardest in Alberta's winter storm Wednesday 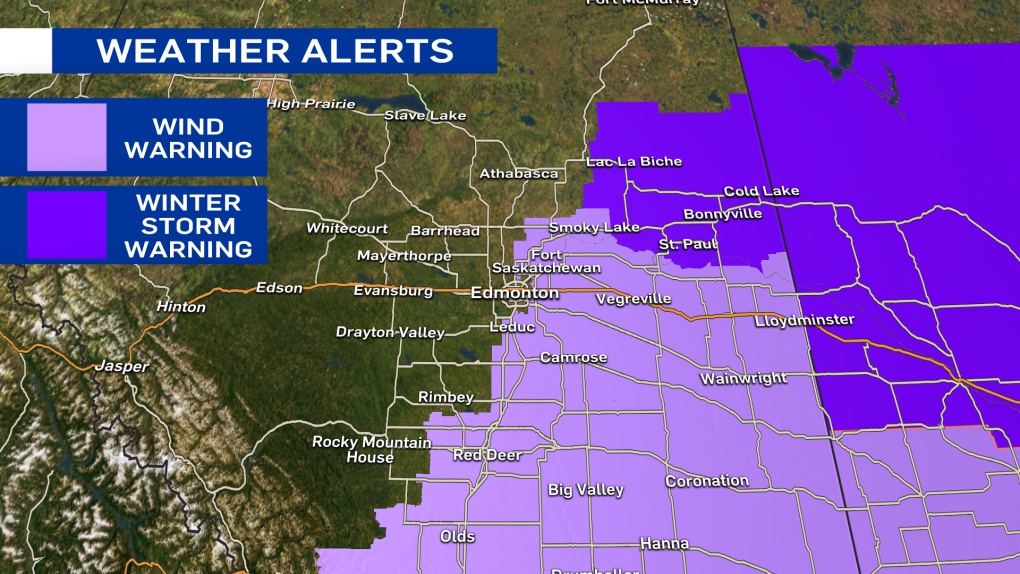 EDMONTON -- The winter storm continues to rage in eastern, north-central and southern Alberta this afternoon.

But, most of the Edmonton region was spared the worst of the weather.

The city picked up about 2 cm of snow and has had gusts in the 50 to 60 km/h range through the morning and early afternoon.

The strong winds will continue through the afternoon and then taper off by Thursday morning.

Over the city, it was mostly virga (rain evaporating before hitting the ground).

Parts of east-central Alberta have seen significant ice accumulation from the freezing rain and got snow on top of those icy conditions.

By late this afternoon, the snow will move out of the province as it pushes into Saskatchewan.

To the north, there have been reports of some spots picking up over 10 cm of snow. But, most areas from Whitecourt-Barrhead east to Bonnyville have had received closer to 5-10 cm.

Wind gusts in the 80 to 100 km/h range have been reported around Red Deer, Coronation and areas further south. In fact, Coronation had gusts to around 110 km/h early this afternoon.

Conditions will improve dramatically by Thursday with sun, mild temperatures and calmer conditions in the forecast for most areas.