EDMONTON -- It was once considered one of the finest "motor hospitals" in Canada. More recently, it was a Keg restaurant.

Now the 109-year-old Scona Garage and Apartments, a rectangular brick building just off Whyte Avenue, is itself undergoing repairs with a major restoration on the menu.

"The plan here for this development is to create something that's going to be a community hub for the area, for commercial retail," explained Beljan Development's Nathan Raju.

Located at 80 Avenue and 105 Street in Edmonton’s Strathcona neighbourhood, the historic building has two floors.

Owner Beljan Development, which purchased the property about a year ago, plans to revitalize both. The first floor, nearly 8,500 square feet, will offer up to six retail spaces available for lease, and will include a large overhead door reflecting its automotive roots. A brochure suggests a brewery, restaurant and coffee shop as ideal tenants.

The second floor, which was mostly used for storage while The Keg occupied the building, will contain 20 boutique rooms used as a combination hotel and short-term residential rentals, according Beljan. It also plans to turn underused outdoor space into a patio, all the while paying homage to the building's original design.

"There was actually a glass facade that was on the north end of the building that faces toward Whyte Avenue. We're going to bring that glass curtain wall back to the building," Raju explained.

"As well as the garage door that's going to be facing east, which is going to allow for a lot of that morning sun spewing on over and carrying onto that patio area."

Scona Garage and Apartments was originally constructed in 1912. The ground floor hosted a mechanics shop on the main floor, with room for up to 65 automobiles, while apartment suites sat above in the second storey, according to a commemorative city plaque. 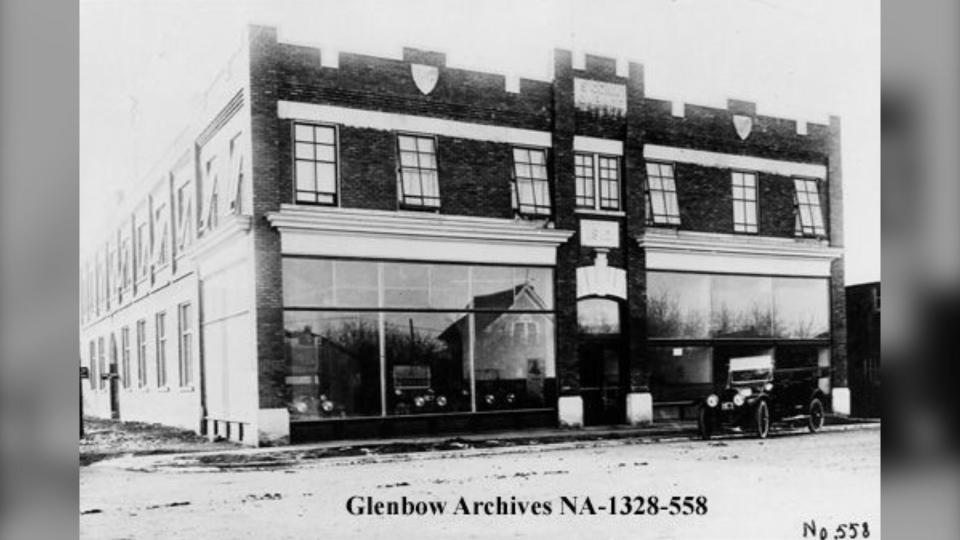 It functioned as a garage and apartment building until 1974 when the space was leased to a restaurant.

Beljan does not have a projected date for opening but told CTV News Edmonton the restoration work would likely be finished by the end of 2021.