Edmontonians can now pick up a map and learn about the city’s queer community and its history.

Some of the sites include spots like Club 70, Pisces Health Spa, Womonspace, Edmonton 2 Spirit Society and Wallbridge and Imrie.

Dr. Kristopher Wells, associate professor and Canada research chair for the Public Understanding of Sexual and Gender Minority Youth, said the queer community has been written out of history and its official narrative for so long.

“We forget that queer people are everywhere,” he explained.

“They’re in every country, faith, religion, city in the world and we often forget that that history exists here in Edmonton as well because we don’t talk about it, because it wasn’t safe to share those stories.”

While the community shied away from expressing their authentic selves for years, Wells said many are ready to start sharing the “full story.”

A long-time advocate for queer rights and former city councillor Michael Phair said it’s important for residents to know how they’ve contributed to the city.

“When I was involved with others way back when, it was a tough go,” Phair recalled.

“We had many, many people in groups that very clearly said we didn’t belong in Edmonton. I certainly did not know how far we would get.”

Phair added that a lot of us build our lives on our past history and that’s what “guides us today.” 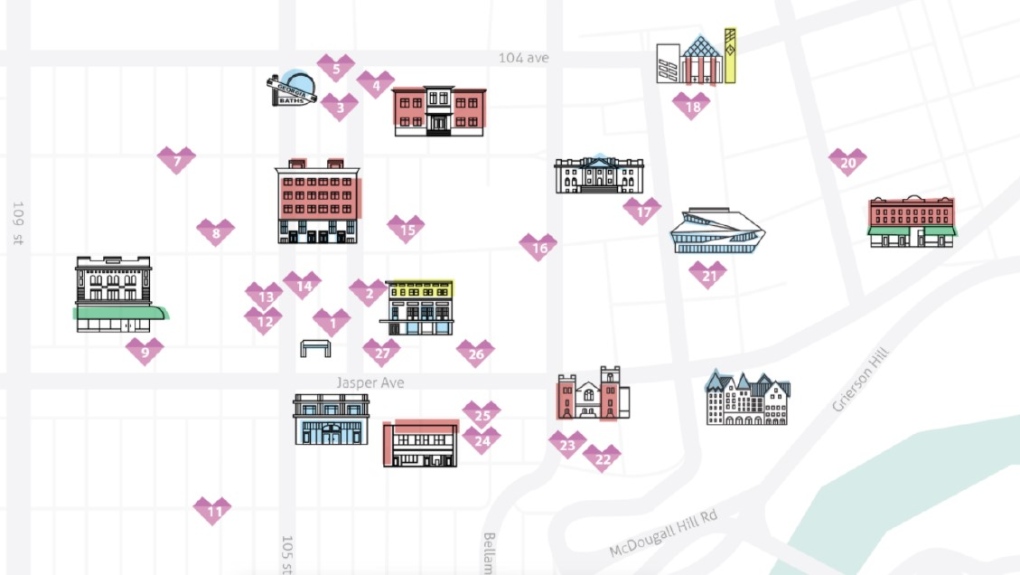 While this is only the beginning, the hope is that the map will be a catalyst for other communities to begin digging deeper into their past.

“We want young people to be able to learn this history,” Wells explained. “To be able to understand that the rights and the privileges that they enjoy today as queer young people were only here because of the brave and courageous people who fought for them.”

The maps are free and available at all Edmonton Public Library locations, some of the historical sites on the map and the Edmonton International Airport.

“It’s important that when we’re giving that first impression that we’re showing that we’re very inclusive and we’re much more than perhaps the stereotype that people have of Alberta,” Wells said.

“Everyone's story is important, everyone’s story matters and this is just a showcasing of that,” Dobler added.

On top of the map, a podcast called From Here to Queer hosted by Darrin Hagen has also been launched with Phair as the first guest.