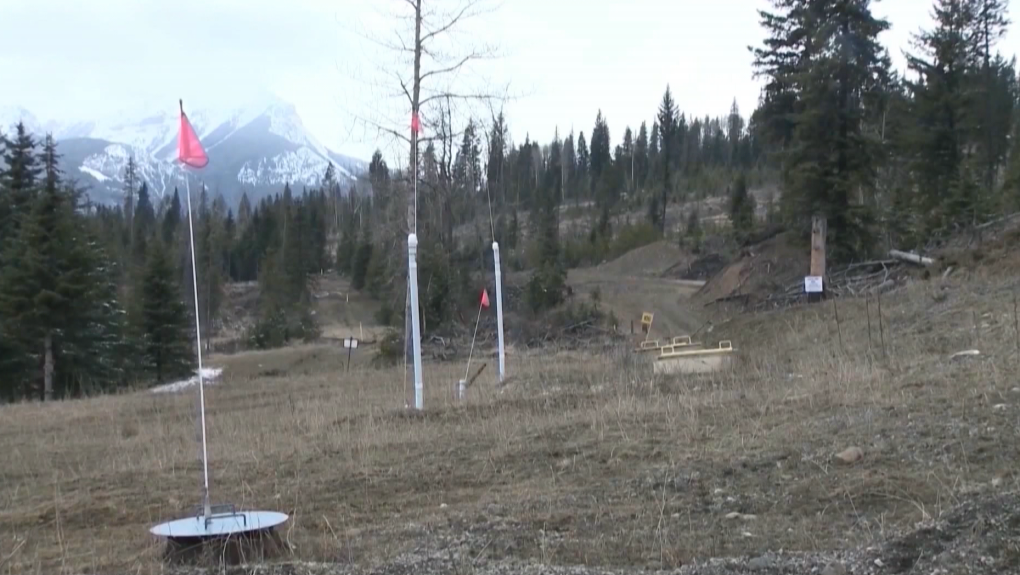 EDMONTON -- One of North America's top experts on pollution from coal mines is warning Albertans about the dangers of expanding the industry in the province's Rocky Mountains.

“Expansion of coal-mining up the Alberta Rockies chain will absolutely produce an environmental disaster for fish and wildlife health in what are now pristine, high-quality watersheds,” Dennis Lemly wrote in an email to The Canadian Press.

Lemly is a retired U.S. government scientist who has published dozens of papers with hundreds of citations on coal-mining's impact.

“Have you ever seen an environmentally clean coal mine?” Lemly asked in the email. “I haven't in my investigations with Canada, the U.S. and other countries around the world for the past 45 years.”

The Alberta government is developing a plan for public consultation on coal-mining after it backtracked on a decision to revoke a policy that had protected the mountains and foothills since 1976.

The government has repeatedly expressed its desire for a dramatically expanded industry in the region, which contains the headwaters for much of southern Alberta's drinking water, is home to threatened species and is an iconic part of the province's landscape. Many companies have exploration permits and one mine proposed by Benga Mining is before regulatory hearings.

In 2019, Lemly published a peer-reviewed study of Benga's plans for coal extraction at Grassy Mountain near the Crowsnest Pass. The study, published in the journal Environmental Science and Policy, was entered as evidence at the hearings.

Lemly, who has done consulting on coal pollution from Russia to Australia, is harshly critical of Benga's plans to handle selenium - a chemical that can produce deformities, nerve damage and reproductive failure in fish and birds, and remains in the environment long after its original source has stopped emitting.

“Leaching of selenium and resultant biological impacts is an undisputed fact of open-pit mountaintop coal-mining,” Lemly wrote in his study. “It will inevitably happen.

He is not reassured by Benga's plan to treat contaminated water by storing it in the bottom layers of a wastewater pit to be transformed by microbes into a safe chemical.

“These ponds are notorious for breaching.”

Lemly also suggests that Benga's proposed pits would be too shallow to prevent surface and contaminated water from mixing. He writes the pits would also be likely to release contaminants into nearby streams or other surface waters, putting birds and wildlife at risk.

“To date, there has been no demonstration of effective treatment of leachate wastewater to render it safe to aquatic life in receiving waters at the scale and flows emanating from coal mines,” the paper says.

“The proposed methods and techniques to protect water quality are simply hollow promises that carry no legitimate demonstration of prior success.”

“As part of the hearing, Riversdale Resources has extensively discussed and described the measures we are taking to address water quality and to manage selenium.”

The company said the project has been designed to safely manage selenium and will use filters and centrifuges to recycle as much water used at the mine as possible.

In his paper, Lemly points out that provincial and federal regulators have failed in the past to guard against selenium contamination. High levels from existing coal mines in Alberta have failed to produce regulatory action, he writes, although the problem has been known for more than two decades.

“Despite the scientific documentation of detrimental pollution impacts, it seems that this has been a long-running case of, 'Don't ask, don't tell' by government regulators in Alberta,” the paper says.

“Current policy by (the Alberta Energy Regulator) reveals an extremely poor understanding and recognition of the key aquatic pollutant emanating from coal mines.”

Environment Canada's database shows no fines for selenium contamination at existing Alberta mines have ever been issued.

Lemly's paper warns about the likelihood of selenium-laced runoff affecting fish and birds far downstream. He writes the Crowsnest River and the Oldman River Reservoir would likely be affected by the Benga mine and warns other coal mine projects would likely produce the same risks.

Lemly notes that coal mines in British Columbia continue to contaminate watersheds despite hundreds of millions of dollars spent on remediation.

“This doesn't have to repeat itself in Alberta.”

The province is expected to announce soon its plans for public consultation on coal mines. The NDP Opposition continues to hold online town-hall meetings.

This report by The Canadian Press was first published Feb. 16, 2021.