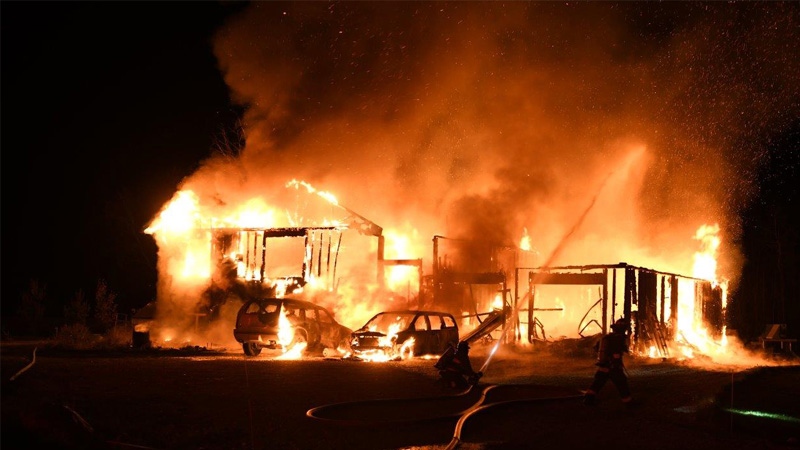 A house in the Grande Prairie area was fully destroyed by an overnight fire. Photo: William Vavrek Photography.

A home in the rural Grande Prairie area was wrecked by a fire Friday night.

Firefighters responded to a call of a fire just before 10 p.m. The house was fully engulfed in flames when they arrived.

The occupants of the home were inside when the fire started, but were able to get out safely and unharmed, Grande Prairie fire said.

Crews battled the blaze for approximately seven hours before it was declared out, fire services said.

Officials believe the fire may have originated in the garage, but the cause is still under investigation.