How does Victor Cui plan to rebuild the Edmonton Elks? Key is in the fans, new CEO says

How does Victor Cui plan to rebuild the Edmonton Elks? Key is in the fans, new CEO says

That Edmonton Elks fans are angry is a good thing, says the club's new CEO and president.

"It's like your brother or your dad demanding better of you. Does he still love you? Absolutely. But he's saying, 'I know you can do better,'" Victor Cui explains, sitting in his new office overlooking Commonwealth Stadium one week after his leadership was announced in a news conference at city hall.

The gig is not only an opportunity to spend more time with family but "a childhood dream," as Cui grew up, studied, and kicked off a career in sports promotion in Alberta's capital city before launching ONE Championship in Asia.

The morning of the interview, Cui rode the LRT to the stadium. He says he enjoys the time to listen to music or people watch. 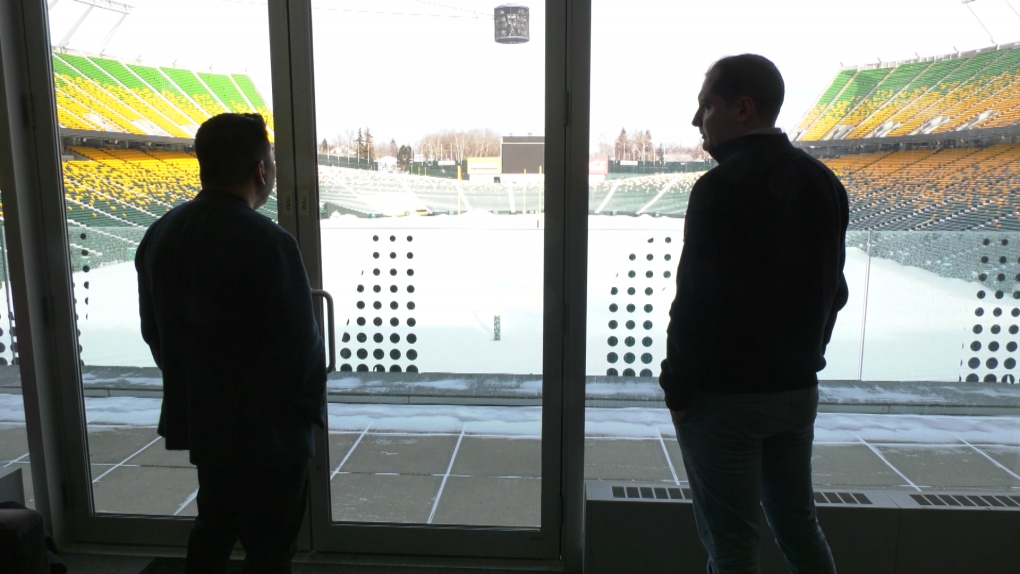 He also, that morning, asked Elks fans to connect with him if they are in a Cadets program.

"As a kid I was in Airborne #Cadets at #Griesbach before I joined the #Navy Reserves. Any #elks fans that are in Cadets in YEG now? I’ve got a fun idea," he tweeted, ending with a hashtag that now appears on most of his social media posts: #GoElks.

As a kid I was in Airborne #Cadets at #Griesbach before I joined the #Navy Reserves. Any #elks fans that are in Cadets in YEG now? I’ve got a fun idea… #GoElks DM me

He'd later tweet he got more than 35 messages from fans willing to help. Responding to the thread, one Twitter user told Cui that despite being a lifelong fan, he didn't go to a single game in the 2021 season.

"Will go this year," he promised. Cui responded, "Thanks Dave!"

Another day, Cui tweeted a fan to ask where he got his Elks-themed profile banner photo.

"I think I'll get a series of new ones made as well then and share it with everyone on Twitter. Thx," Cui said.

Honestly can’t remember, I’ve had it for a LONG time.

Making himself accessible is part of Cui's strategy to rebuild the Elks' fanbase.

"My priority right now is to listen. And I'm listening and I'm absorbing everything from our past problems, what we solved, what we did, where we want to go, from fans, shareholders, alumni, players," Cui says.

He avoids making any commitments about what his on-field influence could be, or potential partnerships with other local sports organizations, like the Oilers or Riverhawks or FC Edmonton, because "there's no point in coming in and moving things around if you don't have any context about what needs to be solved."

But Cui is quick to preach about the significance of fans.

"You have to build an unbreakable bond with the fan, regardless of how the team performs. Because there can only be one champion," Cui says.

"How do you do that? You do it by, one, victory, but there's a lot of other ways that you form that. And building that every single day is what is really the benchmark, I think, of success."

He estimates he gets between three and five hundred messages across his social media platforms every day.

"Some of them are just like, 'Wassup?'" he chuckles. "And some of them are, like, long, long things. And some are great stories about how their grandfather brought them to a game."

Then, there are the messages that aren't nearly so heartwarming. He says he tries to respond to each one, regardless of tone.

"I hate this and I hate this, and change that," Cui mimics. "They're not saying, 'I hate you,' or, 'I hate the team,' or, 'I'm never going to come.' They're saying, 'I have this bond and I expected more. You didn't hold up on your promise, now deliver it.'"

Making peace with the Elks' "disgruntled fanbase" is one of the reasons Cui was hired, board chair Ian Murray commented on the day of the announcement at city hall.

The Elks won only three games during the 2021 season, and none on home turf. In November, the board of directors fired the team's president, general manager and head coach, citing "significant on and off-field problems" that required leadership changes in order to "rectify the shortcomings and rebuild the trust and confidence of the Elks fans."

"From golf, to tennis, everybody is facing the same problem, whether it's declining revenues, the competition of the mobile phone, wallet size," he says.

He asks, "Is this an organization or a team that's ready to innovate? If you can answer that, with any company, doesn't matter what business you're in, then you can figure out if you can win and do what you need to do."

The Elks will be looking to return to the playoffs in 2022, and also for the team’s first winning regular season record since 2017.

In late December, Geroy Simon, one of the CFL's all-time great receivers, was named assistant general manager and Chris Jones head coach and general manager. Cui described his relationship with the former EE coach as "fantastic."