How history keeps repeating itself, and the ways it hasn't: Alberta's COVID-19 pandemic

How history keeps repeating itself, and the ways it hasn't: Alberta's COVID-19 pandemic 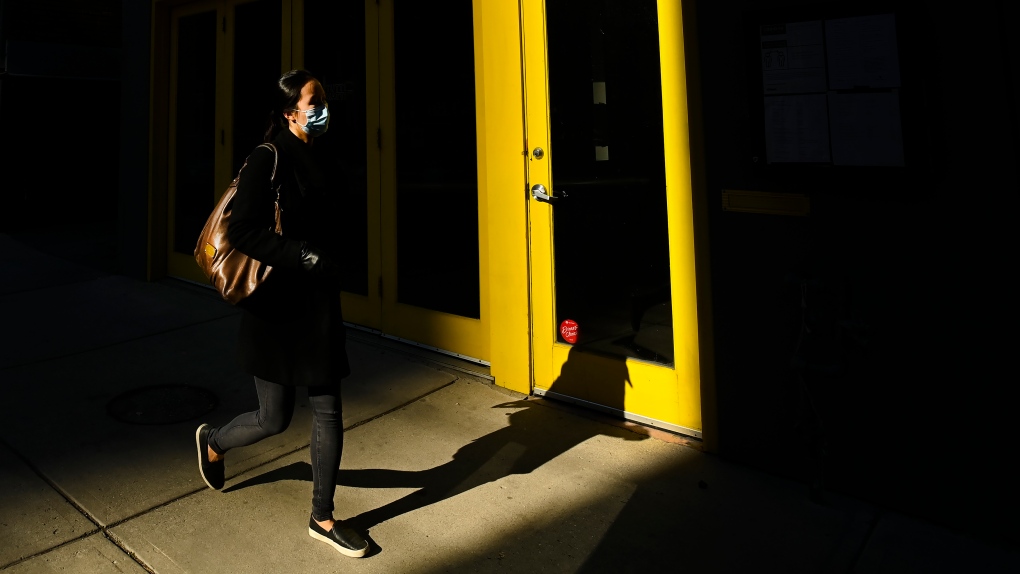 A woman wearing a protective mask walks through a shaft of light during the COVID-19 pandemic in downtown Toronto on Thursday, November 12, 2020 (The Canadian Press/Nathan Denette).

Yet, almost none of the public health measures that were in place when hospitalizations were this high in the fall of 2021, or the first few months of 2022, remain, including mask mandates and mandatory isolation.

“It’s hard to live in a heightened state of alertness around disease. At some point, people want to get back to normal,” said Liza Piper, environmental historian.

A breakdown and readiness to move on could also be seen during the 1918-19 influenza epidemic, commonly known as the Spanish flu, according to Piper, who uses they/them pronouns.

“People moved on very quickly from it,” they said, “there weren’t continued efforts to mitigate the flu.”

"People are willing to deal with restrictions on their behaviours up to a point.”

Piper is a professor of history at the University of Alberta and teaches a class on pandemics and epidemics from ancient times to the present.

They also pointed to another example: the Black Death, which refers to the first few years of the second plague pandemic in the Middle Ages.

According to Pamela Downe, a professor at the University of Saskatchewan, pandemics almost always follow the same pattern for the first six to eight months.

She says an initial sense of concern turns into fear once cases emerge locally, then a strengthening of community cohesion happens. But once the rate of transmission goes down, she says people become exhausted and begin yearning for their old way of life.

“You often see an early relinquishing of some of the previous restrictions, concerns, and vigilance. We’re in that stage now in a prolonged way,” Downe said of the Canadian public.

That prolonged stage is causing new societal behaviours to emerge, says Downe. As a medical anthropologist, she studies epidemiological patterns, as well as community and cultural responses to diseases.

“We’re seeing something very different here in Canada than we have before so it’s interesting and new ground for those of us who study it,” said the anthropologist.

Although she is not surprised that individuals are feeling increased fatigue from the pandemic, what’s different is that entire communities are coming together to talk about that fatigue and about wanting to move on.

“First of all, I think that’s a desire for social cohesion and finding like-mindedness,” said Downe, “trying to make sense of conflicting information that’s being presented to us by public health authorities… [and] other sources that are not authoritative sources, but circulate with great expediency and over far distances.”

“We are seeing the effects of inconsistent messaging, where people are choosing the method that best aligns with their priorities, their desires, their understanding of the pandemic itself.”

The other thing that’s unique about this pandemic is its overlap with other illnesses.

“We really are in a new kind of territory in this regard where now we are seeing an ongoing COVID-19 pandemic… getting punctuated with other outbreaks of other diseases, such as RSV, influenza,” said the anthropologist.

An infectious diseases doctor who works at the University of Alberta Hospital says the convergence of diseases is concerning.

“Right now, we’re really in a difficult situation because we have slightly higher than normal amounts of COVID circulating in the community resulting in hospitalizations, but we also have all of our other usual respiratory viruses that are circulating,” said Dr. Stephanie Smith.

Although COVID-19 is showing some indications of moving towards an endemic state in terms of mortality rates, Smith highlighted that hospitalizations are still higher than what would be expected from an endemic virus.

“The reality is we’re still at a point in the hospital setting where it’s not quite business as usual. We’re still seeing a higher burden than normal,” the doctor said.

But whether the coronavirus is endemic doesn’t change much, according to Smith.

“Essentially, we’ve removed all public health restrictions, so we’re really treating this virus as endemic in this point of time.”

LEARNING FROM THE PAST

The combined effect of COVID-19 and other viruses circulating in the province is taking its toll on pediatric hospitals.

The Stollery Children’s Hospital ICU in Edmonton has remained at nearly 100 per cent capacity since mid-November. Respite staff were recently redeployed to the Alberta Children’s Hospital in Calgary to assist with acutely ill pediatric patients, according to Alberta Health Services.

Dr. Smith is unsure if Albertans will apply any of the knowledge obtained during the pandemic to the current situation.

“The tools that we have learned to use in the pandemic are things there’s not great uptake on right now,” she said.

“When you look at both masking and vaccination, there’s excellent studies that show very clearly that they both provide good protection,” explained Smith. “These are meant to be tools that we can use to prevent transmission of infection and to keep people healthy and keep people safe.”

“It is unfortunate that it’s become this kind of polarizing issue and has become so politically charged.”

Piper says that making sure that we have effective and robust public health bureaucracies is critical to dealing with viruses when they return or become more severe.

“What is perhaps a bit disheartening is… rather than being happy with the way we came up with good tools to mitigate the pandemic… and think about how to use them going forward, we see things like, ‘We never want to have mask mandates again,’ ‘We don’t want to do online learning again,’" Piper said.

"That is the opposite of building on the experience and knowledge we gained in the pandemic."

“There’s not a political will to build on the lessons that we have learned in this or past pandemics,” said anthropologist Pamela Downe.

She says that the COVID-19 pandemic revealed vital ways Canada could prepare for the future, including building a stronger health-care infrastructure, improving capacities for vaccine manufacturing and distribution, as well as having greater stocks of PPE.

But she’s not convinced that the knowledge obtained over the last two and a half years will be applied in the short, or long term.

“We really have lost that initial phase of we’re in this together, stronger community cohesion, and now we’re thinking more individually about it,” said Downe of public health measures.

“In order to enhance and to advocate for greater mask-wearing, we need to somehow gain that collective sensibility once again,” the anthropologist explained. “This is where strong leadership comes in. Where we could constantly be reminded that we are in this together.”

Downe says that although each pandemic differs, a crucial element always stays the same.

“Humans have survived past pandemics for one reason, and one reason only, and it is our communities,” she said.

“It is the community that pulls together, takes care of people during pandemic times, that has led to human survival, and we need to be reminded of that.”

Fifteen grade school students in Mexico have been treated after apparently taking part in an internet 'challenge' in which groups of students take tranquilizers to see who can stay awake the longest.

The maker of ChatGPT is trying to curb its reputation as a freewheeling cheating machine with a new tool that can help teachers detect if a student or artificial intelligence wrote that homework.

More than five years since Canada’s Competition Bureau began an investigation into an alleged bread-price fixing scheme, no conclusions have been drawn nor charges laid. As the watchdog is now probing whether grocery stores are profiting from inflation, one expert says the effectiveness of its tools are in question.

The United States is filing another formal dispute over what it considers Canada's failure to live up to its trade obligations to American dairy farmers and producers.

Boeing bids farewell to an icon on Tuesday: It's delivering its final 747 jumbo jet.