'How many more crosses are we going to put up?': Calls for change to Parkland County intersection

'How many more crosses are we going to put up?': Calls for change to Parkland County intersection

A Parkland County intersection known as the "death trap" or the "devil's intersection" for how many fatal crashes it causes claimed another person's life this week, with residents continuing to push for a redesign.

A line of memorials and crosses line the median and ditches surrounding where Range Road 20 and Highway 16A meet west of Edmonton.

On Wednesday, a 22-year-old woman was killed in a two-vehicle crash around 1:35 p.m. — one year and a day after the last fatal collision in the same area.

Bryan Kwasnycia's daughter Jade, a fourth-year education student who regularly volunteered in the community, died as she tried to cross Highway 16A.

"It's been really hard for us," Kwasnycia said. "It basically brought our world to a halt. We are just learning to deal." 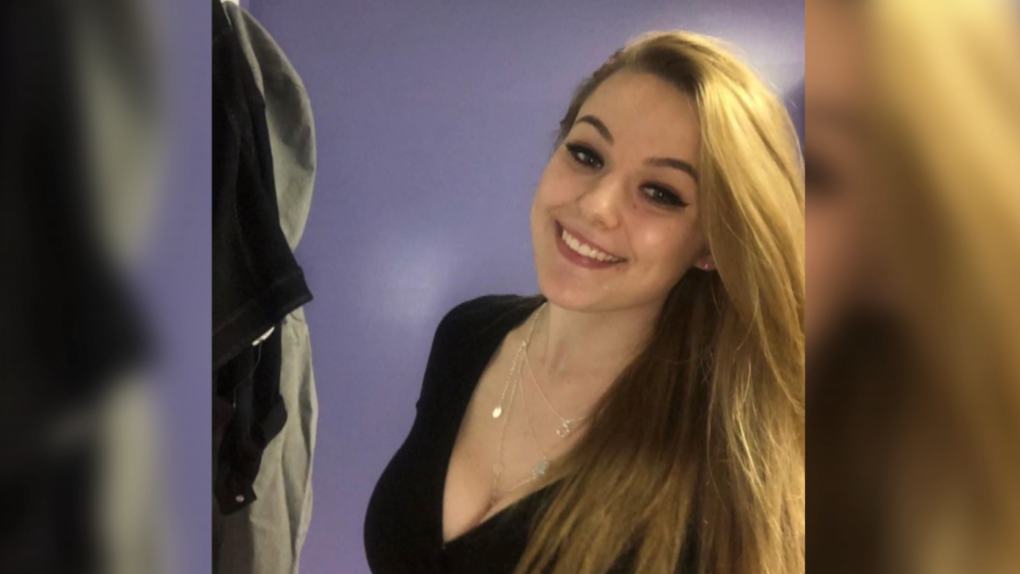 Jade Kwasnycia in a photo supplied to CTV News Edmonton.

"I was just about in an accident there," he added. "A very near miss."

In fact, school buses are no longer permitted to use that intersection, with drivers having to go half a kilometre to use Range Road 15 instead, Kwasnycia says.

Keshia Korrall, an area resident, was the first person at the scene on Aug. 2 last year where another fatal accident occurred.

"A lot of the first responders were showing a lot of anger, and they said they had just been there the week before, and that they got at least one to two accidents there a month," Korral said.

"It made me really upset," she said.

That crash killed 25-year-old TJ, a construction worker and cabinet maker. Tim Holmes, his father, described him as a loving and uplifting man with a big personality.

"It was very difficult," Holmes said. "To know that's the incident that now the rest of your life will never be the same."

"With TJ's passing, at the time, I didn't have anger," he added. "But I'll tell you when I found out about this accident that happened (this week), God bless the family, I was angry.

"I was angry with the situation, that it happened (again)... to another family." 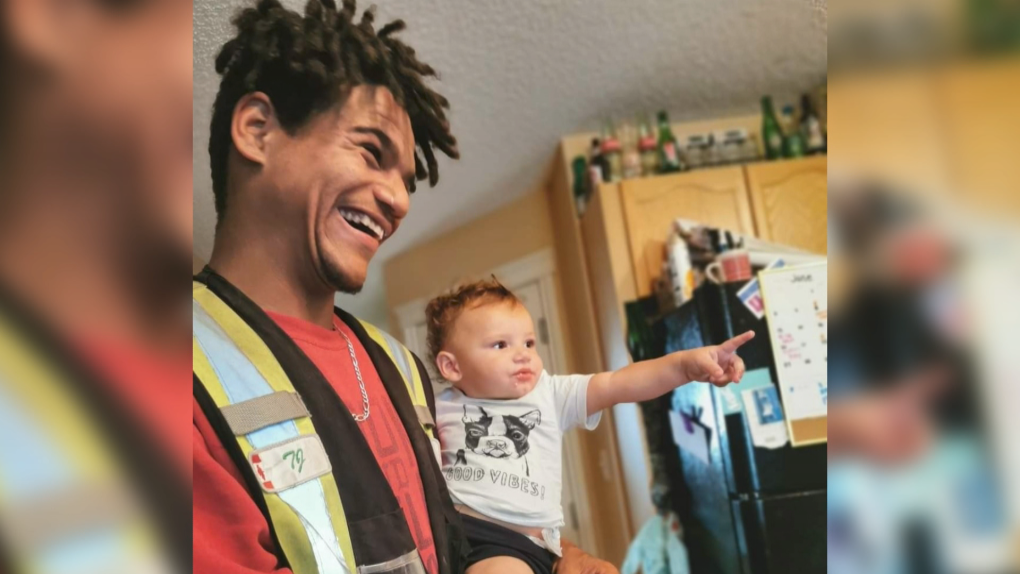 Korrall became an advocate pushing to get that intersection redesigned to prevent further families from being upended, starting a petition with more than 2,800 signatures and a Facebook group of 1,300 members.

"I just got a hold of the minister of transportation and just kept pushing and pushing," Korrall said. "They have done some changes, but obviously not enough that it's going to help anything."

Kwasnycia, who has lived in the area since he was six years old, says the intersection is deadly because of limited visibility.

Highway 16A eastbound arrives at the top of a hill to meet Range Road 20, he added, offering motorists of either roadway no time to react.

"It's so dangerous," Kwasnycia said. "Everyone around here knows."

"Because of the angle of it, as soon as you move you are there. Neither driver has a chance of reacting.

"When I go, and my family goes, we try to square up to the intersection to get a double look."

Allan Gamble, Parkland County mayor, told CTV News that the intersection had been a "high collision area" for years.

"It is of significant concern to Parkland County," he said. "We continue to be concerned about the safety of this highway and intersection, and we call for the provincial government to address these safety issues."

At every meeting with the province, Gamble said he reiterates the need for changes to the intersection.

"There are a number of range roads that tie to the highway for access, and with the increasing population and the increasing traffic along Highway 16A, it's more important now more than ever that we advocate to the provincial government," Gamble said.

"To provide the infrastructure necessary, so our residents do not have to cross that highway," he added. 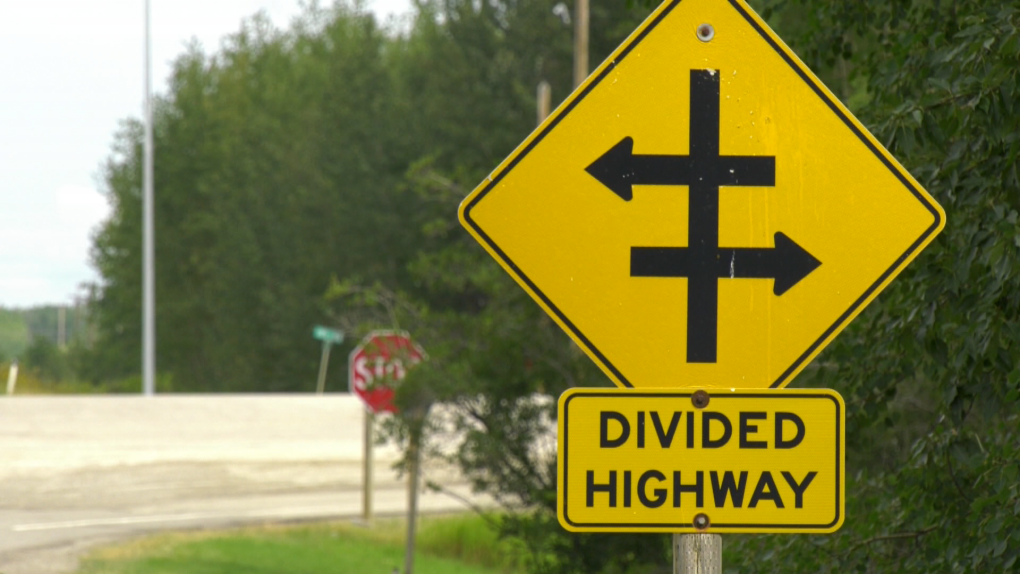 A sign along Highway 16A marks the intersection with Range Road 20, which locals call the "devil's intersection."

Gamble believes adding merge lanes or changing the speed limit could help address safety concerns in the short term but would want to have actual service roads collect area traffic toward overpasses to prevent crossing several lanes of Highway 16A.

"We work alongside the province, but the ultimate responsibility lies with the province and the minister of transportation."

'WE HAVE TO DO SOMETHING'

Haydn Place, acting chief of staff to Transportation Minister Prasad Panda, told CTV News in a statement that the ministry is "currently reviewing options" for the intersection, including complete relocation.

"Near-term safety improvements, including an 'Important Intersection Ahead' sign with flashing lights, an oversized 'checkerboard sign,' and improved lighting have been undertaken at this intersection," Place said.

"Preliminary data shows the number of collisions has decreased after installing the 'Important Intersection Ahead' sign in 2018," Place added.

Between 2014 and 2018, there were 48 crashes occurring at or within 300 metres of the intersection, excluding off-road and collisions with animals, Place says.

Of those, 28 involved injuries and 21 were damage-only crashes with no fatalities.

RCMP provided CTV News Edmonton with collision data from Jan. 1, 2018, to Aug. 4, 2022. During that period, there were 38 collisions, including two fatal crashes, 24 with non-fatal injuries, and 12 with vehicle-only damage.

For Korrall, those extra signs do "nothing," since collisions with injuries and fatalities continue to happen.

"We have to do something," Korrall said. "This is enough."

Holmes wants the province to take action sooner rather than later, no matter the cost.

"Whoever is making these decisions, (they need) to really put it in perspective of putting themselves at risk and what this (intersection) is taking," Holmes said. "You've got to do something."

"I don't want any more people to have this feeling," he added. "If you can do something to make change, whoever is making these decisions, please make them."

"You can't put an amount of money on a person and a family's life."

A dating app for Conservatives is now live, and already facing backlash

“No democrats!” multiple women say when asked what they're looking for in an advertisement for the Right Stuff, a dating app for Conservatives backed by Paypal co-founder Peter Thiel, which launched in the U.S. last week.

Hockey Quebec says it has lost confidence in Hockey Canada and will not transfer funds to the national organization. The provincial federation confirmed that its board of directors adopted a motion Tuesday night saying it does not believe Hockey Canada's current structure can change hockey culture.

Tom Mulcair: What Legault's win might mean for the future of Canada

François Legault may have changed his separatist strategy but he hasn’t changed his stripes, former NDP leader Tom Mulcair says in an exclusive column on CTVNews.ca.