An Edmonton woman has been appointed a very modern title at her favourite doughnut shop for what is a well-established business strategy.

As Destination Doughnuts' brand ambassador, Bessie Diggins usually occupies the shop's only table Sunday mornings – as she has for years.

"There's some that come in that are not familiar with the donuts, so I make a point and explain to them how many varieties there is [sic], and most of them are very grateful," Diggins said of her role during an interview one summer Sunday.

The widowed senior quickly became a regular after the business opened off 124 Street in 2017, hooked on sugared old fashioneds and Destination's rhubarb fritter. 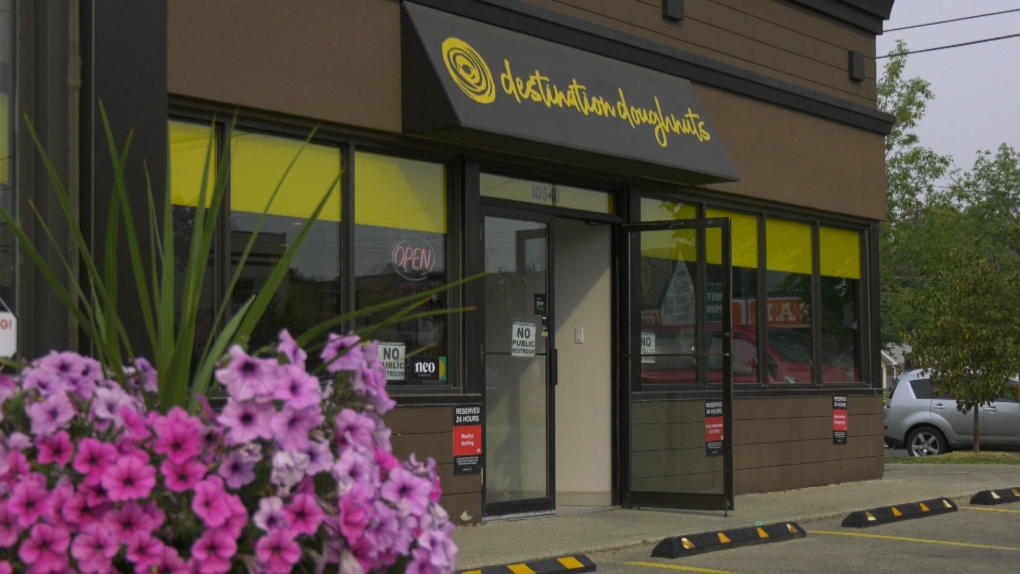 Destination Doughnuts opened off 124 Street at 106 Avenue in Edmonton in November 2017.

From the beginning, owner Arlyn Sturwold made a point to learn the names of regulars.

"You realize this is all you have," he explained. "I don't have a second location. I don't have secondary products to sell, like a big department store would. This is what we have, so we have to put it all on the line with the other thing that we have, which is just basically customer involvement and customer contact."

Diggins stood out as a talkative and "persistent" customer, as the COVID-19 pandemic and subsequent public health measures did not prevent her from walking the two blocks from her apartment every week.

"Especially after COVID when the tables had to be taken down, we soon learned to be expecting her, to be ready for her, and we began to set out the one table for Bessie every Sunday morning just a little bit before 9:30," Sturwold said.

"I got fooled one Sunday. I set the table up a little bit too early in the morning, and some customers came here and oh my goodness, four of them came and they all sat down here," he recalled, eyes wide to imitate his panic. 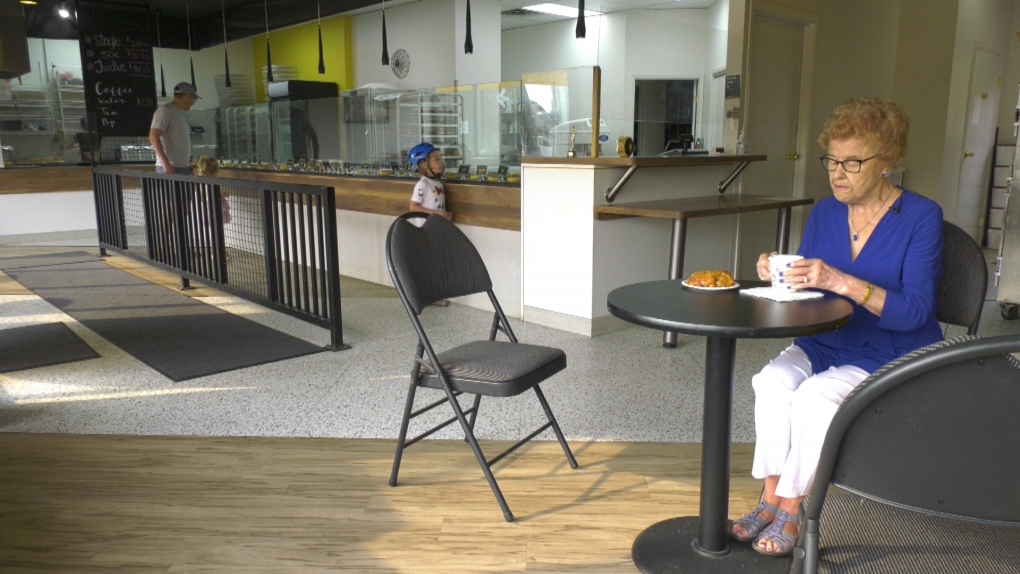 Bessie Diggins, Destination Doughnuts' brand ambassador, can be found sitting at the shop's only table most Sunday mornings.

During her weekly 9:30-to-noon shift, she greets customers and talks about Destination's offerings.

"There's 26 different flavours and I like every one of them," she told CTV News Edmonton.

Sturwold sees his business as less a retail space, and more a community-building space. And he compares Diggins' work to the seeds sown on a farm in the spring. Repeat customers are the harvest.

"I am much more interested in making the second sale than in the first sale," he commented.

"Anybody could sell donuts. But it's the atmosphere we want to portray in here, the ambience saying, 'You're a somebody here with a name and a story and a life.' Rather than just a customer coming in and we say, 'Thank you for your business.'"

This is where Destination Doughnuts has focused while rebuilding its pandemic-hit clientele. Diggins is a key part of the strategy.

"[Bessie] chats up with some really little kids, like she's a grandma at that point. She talks to other people like she's a friend or a sister or anything like that. She just fits in with multiple people," Sturwold said.

Some customers even come looking for her, he says. 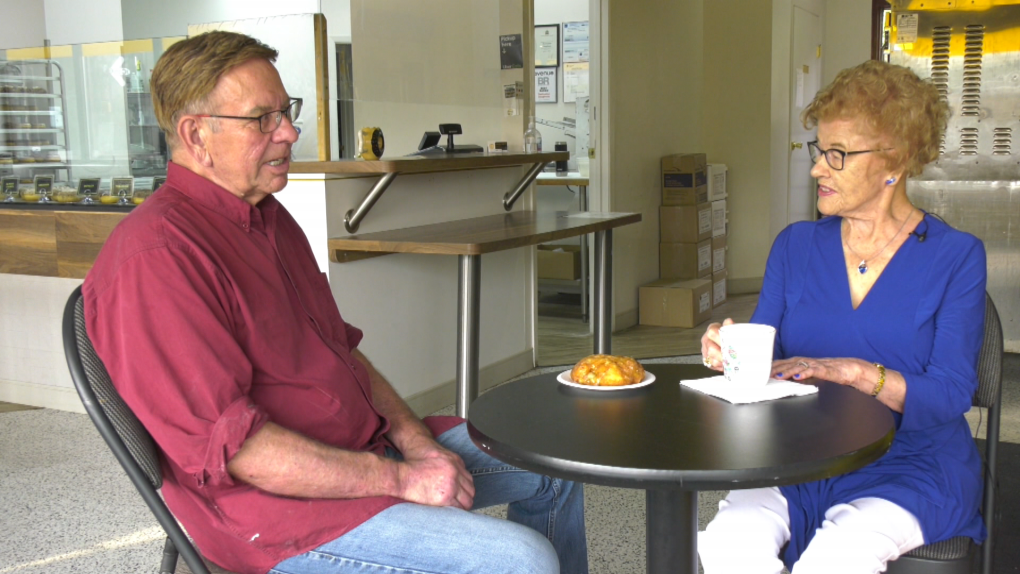 "You think they do?" Diggins asked her boss.

"I think so. Because they search you out, you know?" he replied.

Diggins thinks for a moment. "Any good-looking men?"

Years in, their relationship is as much a friendship as it is a working one.

"You've gotten dressed up special today, I see," Sturwold tells Diggins on the day of her interview with CTV News Edmonton.

"I don't know if it was because of television or because that way you wouldn't have to do dishes," he jokes.

More than the social interaction, Diggins is grateful for the work.

"It gives me something to do on a Sunday that's different, and I'm a people person. Simple as that."

The RCMP has confirmed it is investigating 'broader foreign actor interference activities' in Canada, but Commissioner Brenda Lucki is declining to provide more details given the investigations are 'ongoing.'

The U.S. Senate passed bipartisan legislation Tuesday to protect same-sex marriages, an extraordinary sign of shifting national politics on the issue and a measure of relief for the hundreds of thousands of same-sex couples who have married since the Supreme Court's 2015 decision that legalized gay marriage countrywide.