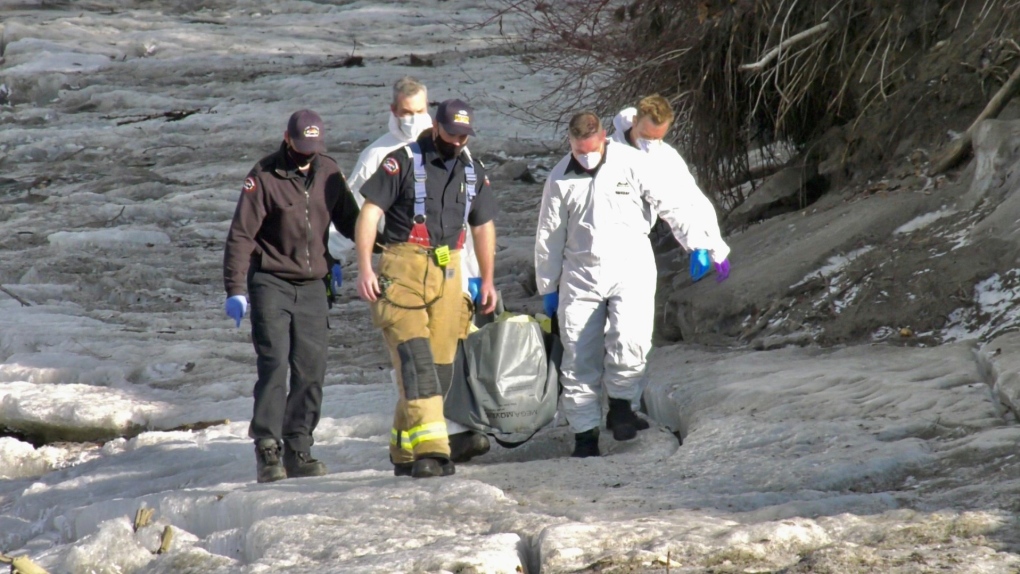 Now police are trying to determine who it is and how it got there.

Crews were called to the shores of Terwillegar Park in southwest Edmonton around 6 p.m.

“A passerby was out walking his dog and he noticed along the river there what looked to be a pair of boots. As he got a little bit closer he realized it was a body,” Staff Sgt. Steve Minarchi said.

Seven firefighters carried the body up a bank where police officers were waiting with cruisers and an orange tarp.

Minarchi said the discovery is being treated as a “sudden death” and the medical examiners office will work to determine if anything suspicious occurred.

Police would not say if the body was male or female, but said it appeared to have been in the water for some time.

The immediate area was closed to the public while the rest of the park remained open.