'I call him a hero': Lloydminster man kicks in door to alert family to house fire

'I call him a hero': Lloydminster man kicks in door to alert family to house fire

A Lloydminster man says his neighbour is a hero after he kicked in the door to alert the family to a fire.

Mike Champagne and his family were asleep early Sunday morning when a blaze broke out at the home next door.

“Around 4 in the morning there was a big bang at the door,” Champagne said.

“We thought we were getting broken into, so I jumped out of bed and come around the corner. That’s when the door comes flying open and Travis comes in the door, and he’s yelling, ‘Hey, you guys, everyone in this house get out right now, there’s a fire.’”

Champagne, his wife, two children, and a dog were able to get out of the house. 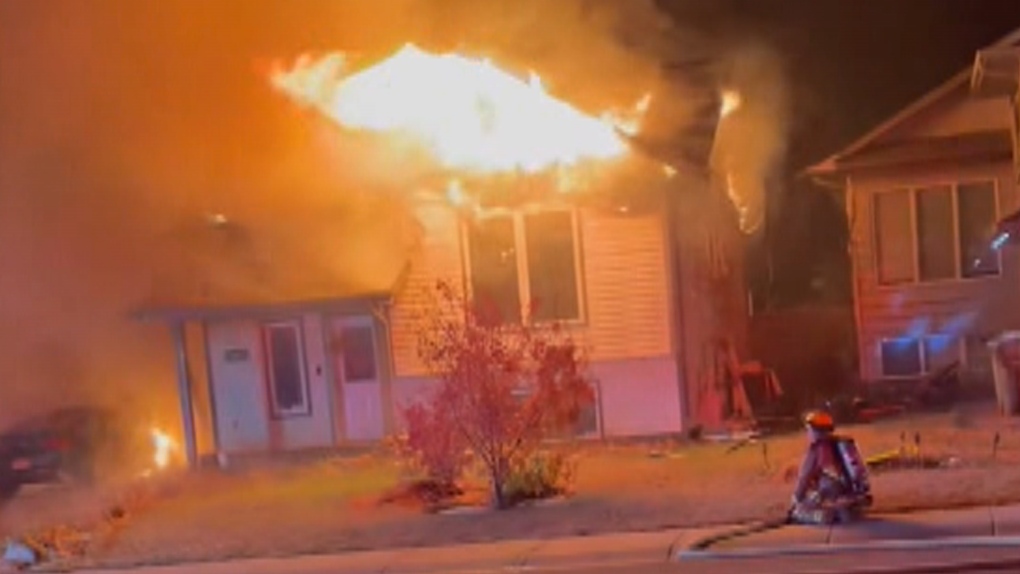 Mike Champagne says a neighbour alerted his family after the home next door to his caught fire. (Credit: Mike Champagne)

Ultimately, three homes, including Champagne’s, were damaged in the blaze.

The fire spread from the original house to the roof of his home, melted siding, and caused smoke damage.

No injuries were reported, the cause of the fire hasn't been determined.

Champagne says Travis Levitsky also alerted the residents in the home on the other side of the fire to get out.

“He actually went to the other house first, the house on the east side of the house that was burning, woke them up first, and then came to our house, because the wind was blowing at that house.” 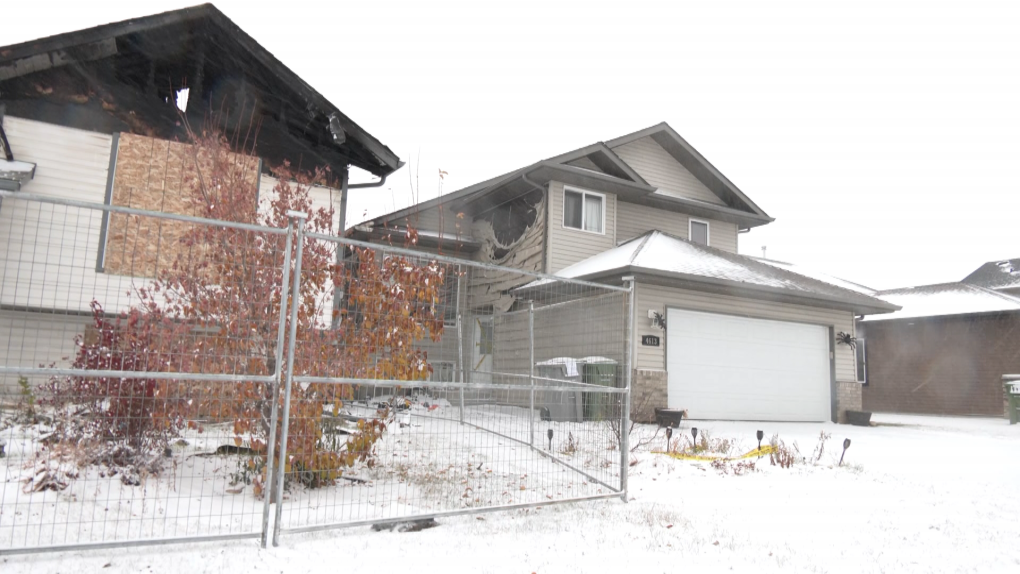 Three homes were damaged by a fire in the early morning hours of Oct. 30, 2022. (Credit: Prime Time Local News)

“I saw the video of him trying to break down the door, and I posted it on Facebook, and it’s gone viral,” he said.

“A lot of love, a lot of people calling him a hero, I call him a hero.”

Champagne said he’d never met Levitsky before the fire, but he’s grateful to have such a good neighbour.

A powerful 7.8 magnitude earthquake rocked wide swaths of Turkiye and neighbouring Syria on Monday, killing more than 2,600 people and injuring thousands more as it toppled thousands of buildings and trapped residents under mounds of rubble.

As preparations are underway for the anticipated health-care 'working meeting' between Prime Minister Justin Trudeau and Canada's premiers on Tuesday, new details are emerging about how provinces anticipate the talks will unfold.

Full snow moon considered 'micromoon' because of distance from Earth

February's full snow moon, which first appeared this weekend, will light up the sky over the next two nights, with the spectacle already reaching full illumination on Sunday morning. But this year's full moon was smaller than those of recent years.

A former Liberal MP is seeking the dismissal of two criminal charges connected to his time in office. Raj Grewal's lawyer argues that prosecutors have not presented enough evidence to find him guilty of the two breach of trust charges, and the Crown has failed to establish essential elements required for such a finding.

Google says Canadian employees affected by recently announced job cuts are being told today whether they have been laid off.

The tech industry started the year with a wave of job cuts, around 50,000 in January alone, and there doesn't appear to be any let up this month. Here's a look at some of the companies that have announced layoffs so far.

The lawyer representing a former medical student accused of murder says her client will testify that he shot another student in self-defence when a drug deal in Halifax turned violent.