A woman in Fort Saskatchewan has decided to begin an awareness campaign in response to the discovery of the bodies of 215 children at a former residential school in Kamloops.

“I didn’t know why I was so emotional and I felt helpless,” said Tara Delver. “It was hard.”

Delver grew up on the Saddle Lake First Nation, her parents and two grandparents were residential school survivors.

In May, the bodies of 215 indigenous children were found at a former residential school.

“I don’t know these 215 children, I don’t know their families but I could really feel the impact in my heart and the sadness of the whole nation and our people.”

She talked to her mother, who told her she was feeling inter-generational trauma.

“It hurts every day to read people’s stories because without those survivors that made it through that we wouldn’t be here, I wouldn’t be here without my grandparents surviving,” said Delver. 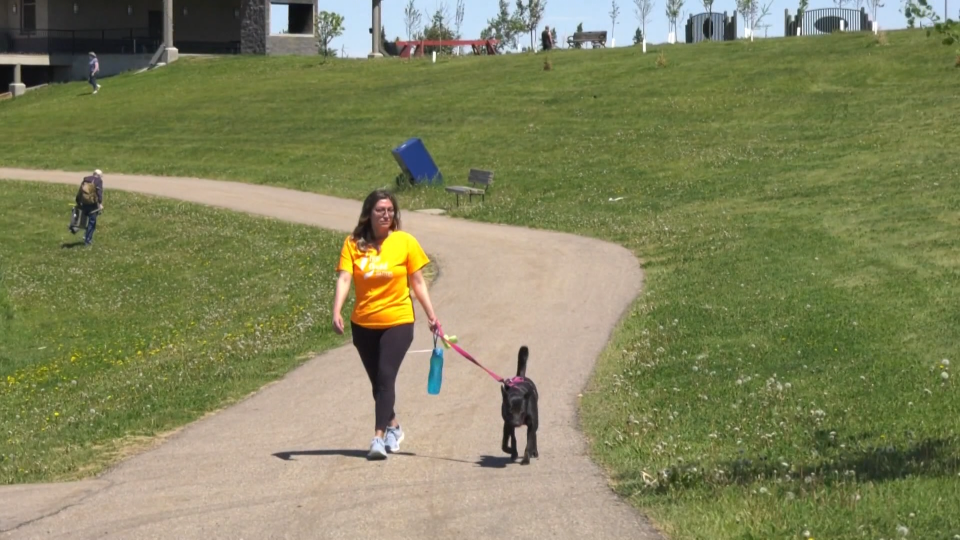 She decided she wanted to help raise awareness and money for the Legacy of Hope Foundation. The foundation aims to educate people about the history of the residential school system, the 60’s scoop and missing or murdered Indigenous women.

After seeing a challenge online, Delver decided to walk of run at least 2.15 miles each day. So far, she’s raised nearly $3,000 for the foundation.

“I run more than that for the reason being that there’s more out there,” said Delver. “As soon as people take the step forward to learn and to just understand that this happened and we’re not trying to make anyone feel bad, we’re just trying to make people aware.”

Delver is often joined on the runs and walks by family, sometimes her 11-year-old daughter.

“It’s a great teaching tool for her to better understand her culture,” said Delver.

She is considering continuing with the daily journey for a total of 215 days, around January.

“We’ll start with the month of June and I’ll see how I feel from there,” said Delver.

Delver is documenting her experience on TikTok using #WalkAlongWithTara.