'I feel confident': Prospects prepare to pitch their vision of Re/Max Field future to city council

The Edmonton Prospects have unveiled the team's vision for the future of Re/Max Field ahead of its formal pitch to the city Thursday.

The proposal outlines a vision for both the ballpark itself and the surrounding Rossdale neighbourhood.

Patrick Cassidy, the team's managing partner, says the group's pitch calls for replacement turf on the infield as well as new LED stadium lights and scoreboard, with an estimated cost of $1.6 million.

"I feel confident," said Cassidy. "I think we're the best option in terms of baseball and in terms of some of the ideas we have for the ballpark.

In a tweet on Wednesday, the team outlined an ambitious vision for the surrounding area that includes a microbrewery, restaurants and gondola.

Cassidy is scheduled to meet with the city on Thursday over the future of the stadium the Prospects have called home since 2016.

"We’d been working our butts off in making baseball successful in Edmonton, and the numbers bear out that we’ve been successful in that respect," said Cassidy.

The team says it drew an average of just over 2,100 fans per game during the 2019 season, the final year of a four-year lease that had included an option for a fifth year in 2020.

In January, the team appealed to the city to extend its lease in return for a series of stadium upgrades but didn't hear back. 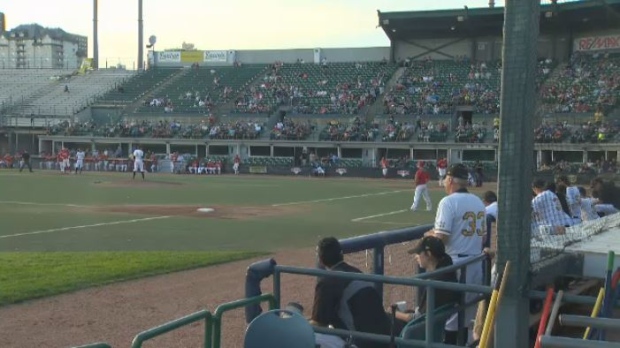 Cassidy and the Prospects' vision for Re/Max Field is competing with at least one other, led by former Edmonton Oiler Dr. Randy Gregg.

Gregg is seeking to bring what he calls "high-level baseball" consisting of mostly Canadian players to the stadium, along with other entertainment options to the area.

The Prospects and Gregg's groups are the only two parties confirmed to be looking for council's approval.

The city hopes to begin negotiations with the groups at the start of September.

With files from Joey Slattery