'I got hit again, and again and again': Edmonton man attacked after confronting group not wearing masks 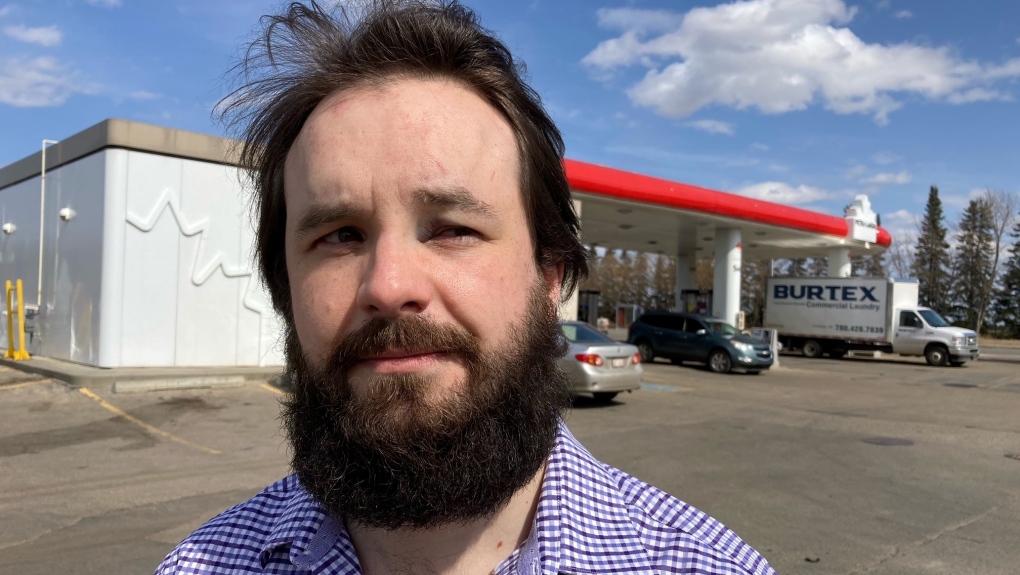 Albert Nobbs said he was attacked after confronting a group of people not wearing masks inside a business. Tuesday April 6, 2021 (CTV News Edmonton)

EDMONTON -- A man said he was assaulted Monday after confronting a group for not wearing masks inside a gas station.

Albert Nobbs was at the Petro Canada station at 5110 122 Street NW to get gas and a drink. When he went inside the station he saw a group of five people without masks on.

Currently, people in Alberta older than two years of age are required to wear masks inside all public places, places of worship and indoor workplaces unless they qualify for an exception.

“I told them, ‘We’ve been doing this for a year, so what the hell?’” asked Nobbs. “At that point the larger of them came up to me at the cashier and asked me to repeat it, so I did.”

Nobbs said the man confronting him pulled out a phone, but he batted it out of the man’s hand.

Nobbs said the man who attacked him threatened to have Nobbs charged with assault before leaving the store. Police said they responded to the assault report around 2:30 p.m. and that the group fled the scene before they arrived.

“The (ambulance) techs actually thanked me… for saying something,” said Nobbs. “I don’t want to actually have to tell people to take care of other people, or to at least not put them in harms way, but we have this environment now where pride and ignorance lets you justify anything.”

He said he has bruises on his face, arms and back from the assault.

Knocked me to the ground, others joined in. Kept hitting, kicking. pic.twitter.com/o77O2Q4RVx

Nobbs said he would be willing to confront people again in the future, because, “If you’re in a situation where you have the ability to affect change in a positive way, you’re morally obligated to do so.

EPS is currently investigating the incident.