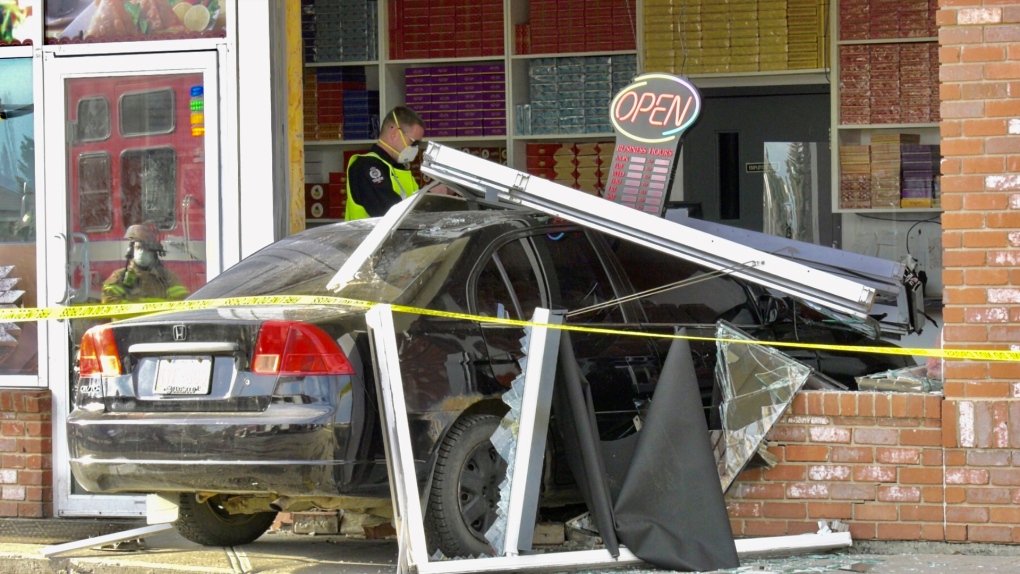 EDMONTON -- A routine shift at a south side restaurant changed quickly for Jaikishan Bhati, when he said he was nearly hit by a car that drove through the front of the building.

“I was working at the counter and I was arranging my order. And then a car came in and crashed. Everything was smashed, and I was trapped behind the counter,” Bhati told CTV News Edmonton at the scene.

It happened just after 6 p.m. at a shopping centre on the corner of 34 Street and 38 Avenue.

A black Honda car was in the building several feet, surrounded by shattered glass and broken bricks.

Firefighters rushed to the scene to make sure the building was structurally sound and any utilities that had to be shut off were taken care of.

A police officer on scene confirmed no one was injured, but he would not comment on a cause of the crash.

A man, who identified himself as the vehicle owner, declined to comment to CTV News Edmonton but he said he was not injured.

The car crashed into a business called Pind Punjab Restaurant and Sweets.

Three workers were in the restaurant at the time preparing takeout and delivery orders, Bhati said.

No one was hit, and he was able to free himself by climbing over the counter.

“Everything is destroyed. I’m still shaking right now,” he said adding he wasn’t sure when the business would be able to reopen.