The Edmonton Indian Residential School operated just north of the city between 1924 and 1968. According to the National Centre for Truth and Reconciliation, children from reserves in Alberta, B.C, Saskatchewan, Manitoba, Yukon and the Northwest Territories were taken to the school.

George Muldoe, from the Gitxsan First Nation in northern British Columbia, attended the school. He said he was nine years old when he was brought to Alberta.

“The residential schools in B.C. were full, so they sent us here,” said Muldoe.

Since the bodies of 215 children were found in an unmarked grave at the former residential school in Kamloops were discovered, hundreds more have been at school sites across the country.

“We heard stories of graves being discovered and this site wasn’t different than other residential schools,” said Brad Cardinal, the executive director of Poundmaker’s Lodge.

According to Muldoe, he and other students at the school were paid to dig graves while they were students there.

“We never did know anybody that we buried, there never was a preacher, no relatives, not even supervisors from here, a truck would literally throw them on the ground and it was up to us,” said Muldoe. 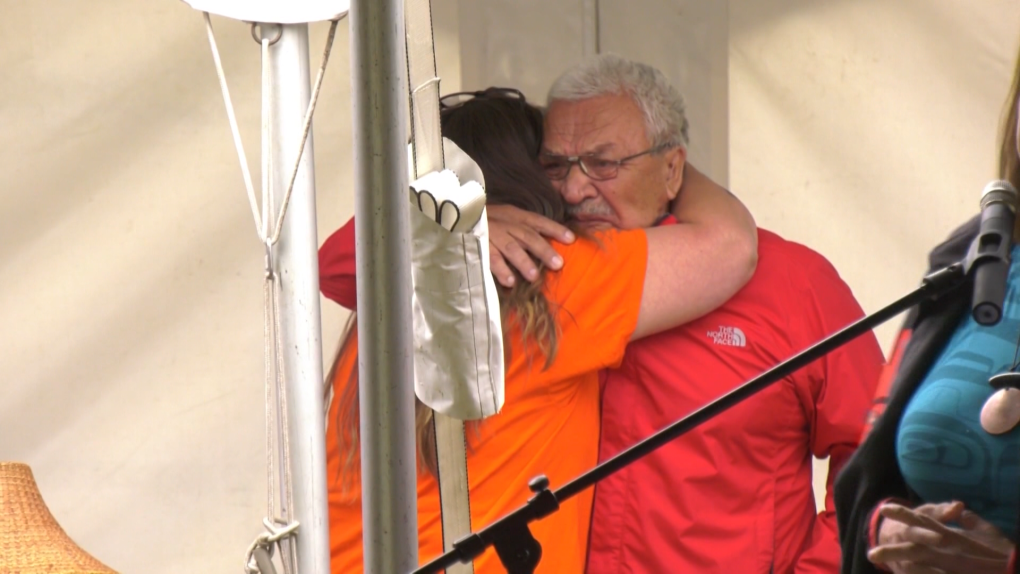 Muldoe described how he and a few other students spend three days digging a grave in January. He was 15 when that happened.

“It’s one thing you never forget. The body was laying there for three days, literally.”

During his interview, Muldoe pointed out several spots where he said bodies are buried.

“I don’t think they’ll ever find everybody… some of the people, especially the fetuses, were put in furnaces,” said Muldoe

Indigenous people who died at the Charles Camsell Hospital were often brought to the grounds of the former school.

It’s a familiar thing, to know where bodies are, for Deborah Lloyd, the daughter of another survivor from the school. Lloyd remembered bringing her mother to the Poundmaker’s Lodge Treatment Centre, it was the first time her mother had been back to the site of the school since she left.

“As we rounded the corner… she pointed and she said, ‘Over there, there’s bodies,’” said Llyod. “So I knew trauma then, but it wasn’t until a number of years later, when she actually sat down with me that she went through a lot of the hurt and trauma that she’d been through.”

On Monday and Tuesday, Poundmaker’s Lodge hosted a gathering of survivors. People came and told stories of their time at the school.

“The past two days have been really important towards the healing of our indigenous peoples,” said Cardinal. “I’ve been very overwhelmed, hearing the stories of the deaths that occurred on the site.”

The gathering also held ceremonies to bring the spirits of those who are buried at the school home.

“I was just so moved by the fact that they had come to take their spirits home and then I realized, that’s why I had to come here, to take my mom’s spirit home,” said Lloyd.

Lloyd is joining a healing committee at Poundmaker’s Lodge, with the goal of helping the Indigenous community heal as a search for bodies is set to begin.

“There will be a radar-penetrating search of the site, we had a major corporation offer to pay for the search, they don’t want to be named because they don’t want the publicity,” said Hal Eagletail, with Poundmaker’s Lodge.

Lloyd believes that one of the biggest steps that needs to happen is education on the subject of residential schools.

“So that this doesn’t happen again,” said Lloyd. 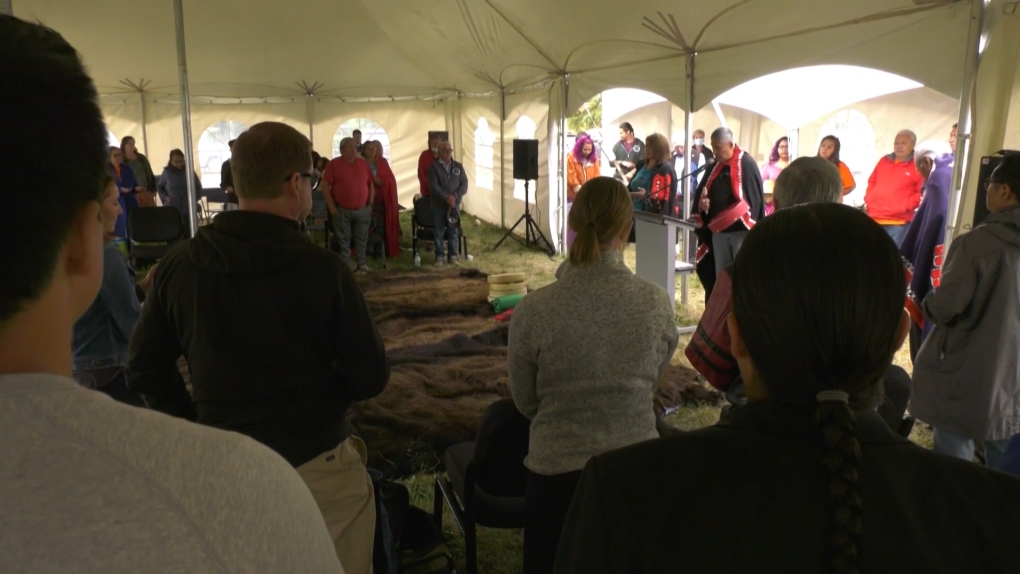 “We need to educate the next generations and also we need to heal the individuals who are still dealing with the traumas, and that’s a huge mental health undertaking,” said Eagletail.

“The survivors out there still have stories to tell, still have a healing journey ahead of them, but we also have a lot of allies in our non-native communities.”

There is no exact timeline on when the search for bodies will begin. It will depend on several factors, including vegetation growth and whether identified sites need to be cleared first, according to Eagletail.

“This is certainly not over, this is a starting point for these conversations,” said Cardinal.

After searching the sites of seven former residential schools, 1505 bodies have been found, according to Eagletail. He added there are still 497 school sites to search.

“The next steps are going to be, not cancelling culture, but calling out culture and making recognition of the wrongdoings and historical trauma that still plagues our people today,” said Eagletail.

“This is an opportunity to come forward and work in harmony and unity together.”