EDMONTON -- For five years Noelle Squair has thought about making an ice castle in the backyard of her home in Viking, Alta.

“I thought since we’re not really doing anything this winter and we’re at home, why not try building it?” Squair said.

“We froze like 60 blocks in November and then we had some warm weather and melted them all." 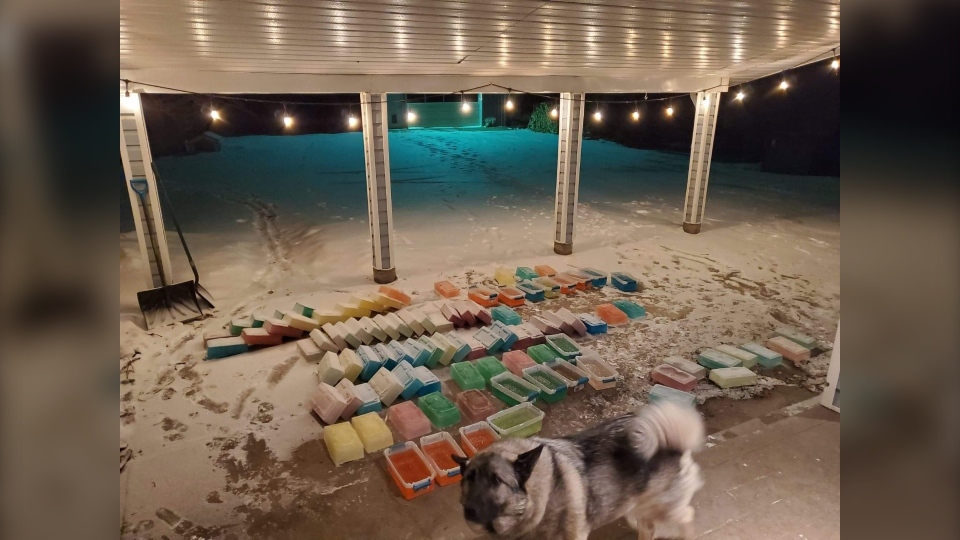 When the weather finally cooperated, Squair got to work on the castle.

“And it was not near as hard as I thought it would be. It’s easy,” she said laughing. “Everyone should do it.

“We put food colouring in them so that they had some colour in them for fun. And then you just make a mortar out of slush, warm water and snow, and then line them up and stick them together,” said Squair. 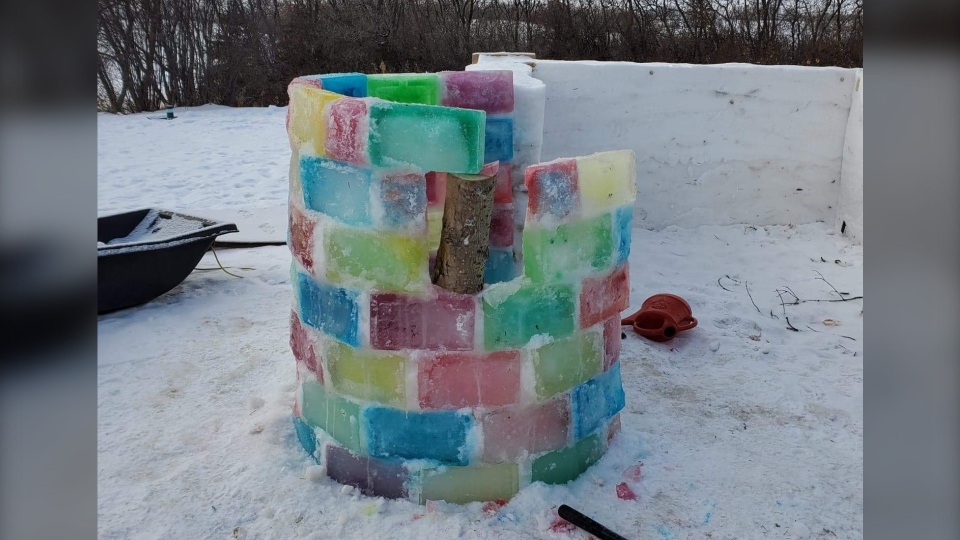 Although the ice castle would become a play spot for her four children, she said they weren’t really interested in building it.

“They were really good at telling me I’m doing a good job and then they’d run off and play,” she laughed.

“But my oldest daughter was actually really helpful. She’d load the sled up and haul all the bricks over for me and line them up.”

Squair said the most important part of building using ice blocks is patience.

“The hardest part is waiting for your ice blocks to freeze. Sometimes I get impatient and tip them over before they were frozen and then get mad because they would break apart and I’d have to start over.” 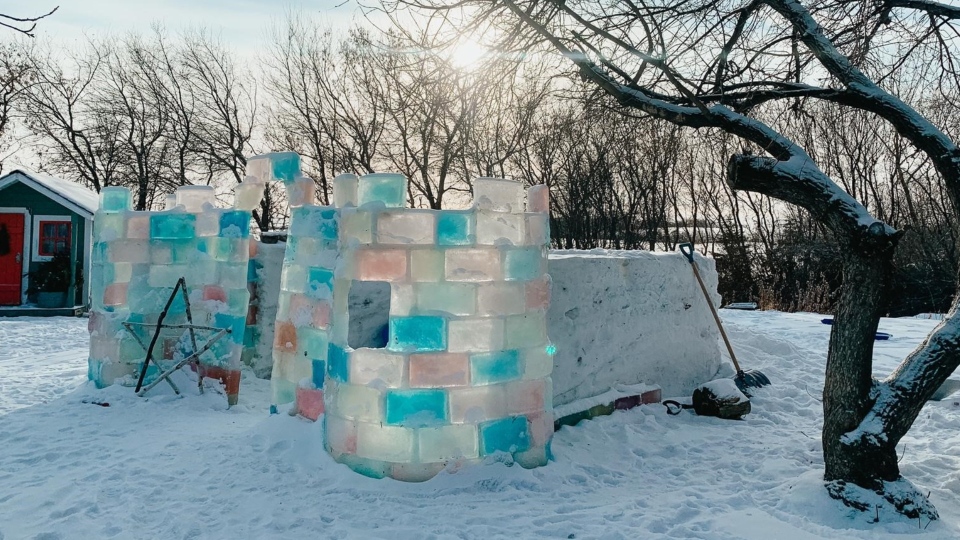 It took about three weeks to finish the castle, then Squair discovered a new problem.

“I was addicted to freezing ice blocks so I kept freezing them and I got like 200 of them on our driveway,” she said.

Blocks she has since turned into a large colourful igloo, where her kids like to host family hot chocolate parties.

“They’ve had so much fun with it. They’re outside, we’ve got long days being trapped inside with covid so it’s been nice to be outside doing something different,” she said. 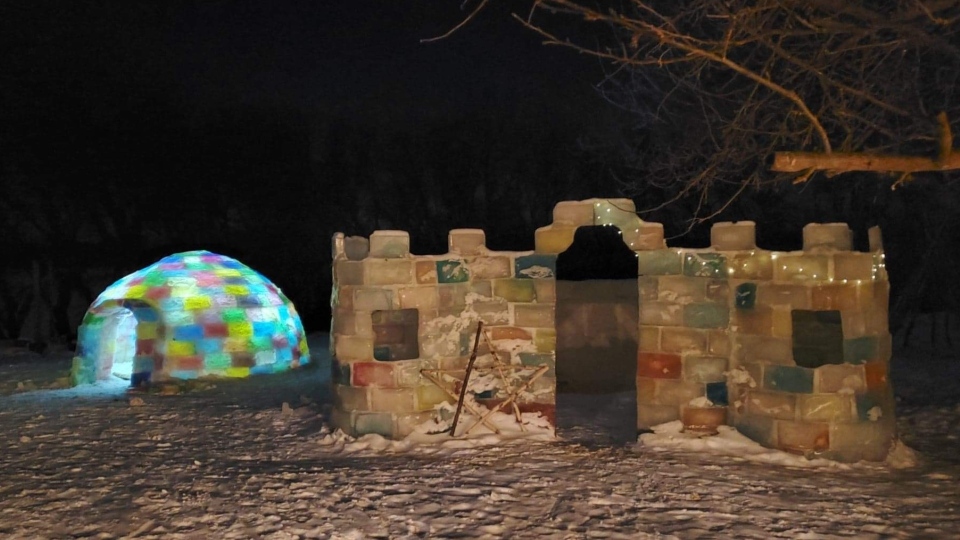 For Squair, building ice sculptures has become not only a hobby, but a bit of an escape.

“Oh the dishes need to be done? Well I think I got to go work on the castle instead. It’s so quiet and peaceful working outside and getting fresh air. Being outside was my favourite.”