'I was honoured to be his mom': Plane hobbyist surprises mother with unforgettable flight

EDMONTON -- It was 2001 when flight enthusiast Trevor Howard decided to live out a dream and build his own plane.

“If you want one, you gotta make it,” said Howard. A project that would require over 4,000 man hours and almost two decades to complete. 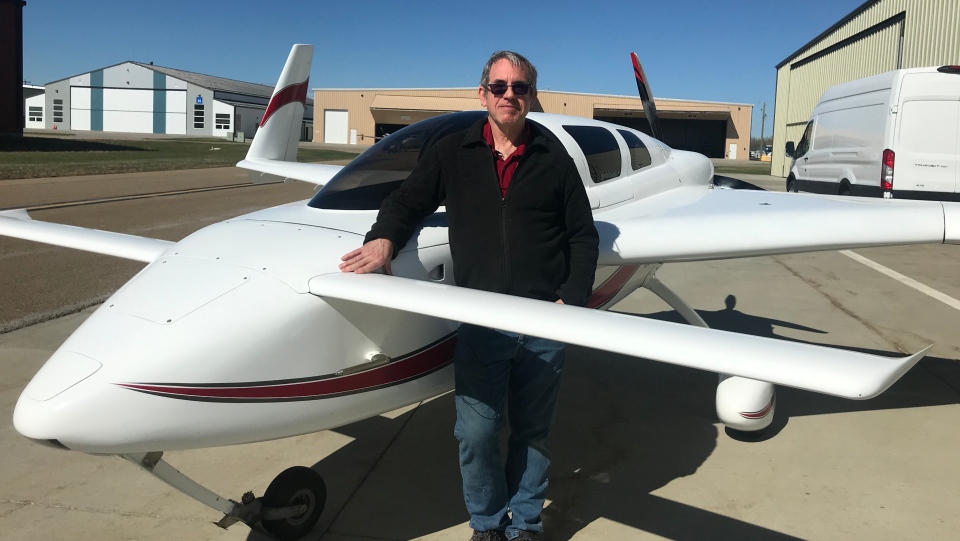 Using foam, fiberglass, epoxy and building plans as a guide, Howard literally started from the ground up. “For many many years it looked like a leaky canoe,” explained Howard. “Then you build some wings, and get the wings on, it starts to look more and more like an aircraft.”

After completion last May, Howard had the aircraft certified by Transport Canada. “Then it was ready… I could take passengers in it, but because of COVID, I couldn’t.”

She didn’t have to wait long for her turn. Howard had a surprise in store and decided Mother’s Day was the perfect day to take her for a ride she will likely never forget.

“When we took off, I can’t even describe it, it was just amazing.” said Lauretta. “We did all around the city so it was just... it was awesome.

“It was just so gratifying,” explained Howard. “She was having a blast even though it was a bumpy day so it wasn’t the smoothest of flights.”

Bumpy or not, 20 years of work was worth an unforgettable 20-minute flight with mom.

“I was proud of him, but I was also honoured to be his mom, because he was so dedicated to what he does.