'I wasn't impressed': Strathcona County mayor under fire after report into explosions

EDMONTON -- Some Sherwood Park residents and one former councillor are criticizing Mayor Rod Frank for not apologizing after a report said Strathcona County mishandled communication in the aftermath of the parkade explosions in 2018.

On Tuesday, an independent consultant released a report about the explosions at the Strathcona County Community Centre parkade on Nov. 6. The report complimented the county's and police's efforts to keep staff and citizens safe, but said communication was lacking.

The report made four recommendations, including enhancing the crisis communication plan. Strathcona County initially called the explosions a "police incident" and took nearly one day to reveal what had happened, and that a man had died.

"I think a lot of people didn't know what was going on," said Sherwood Park resident Alison Tatham.

"There was nothing from the city or the mayor or the police or anybody. Nobody said anything until much later," Paul Gagnon, also a Sherwood Park resident, told CTV News Edmonton.

After the report was released, Frank spoke to media and said the county would adopt all recommendations.

When pressed on how the county would improve crisis communication, the mayor repeated they would take the recommendations and that he wanted to focus on the positives.

He did say he would like "more robust" communication between his incident commander and the RCMP, and that Strathcona County would release a holding statement.

"We will look for improving our communications, but again, I'm not going to dwell on that," Frank said. "I'm not going to speculate on a particular incident that may or may not happen. What I can tell you is that we do have a robust plan and we're improving on it." 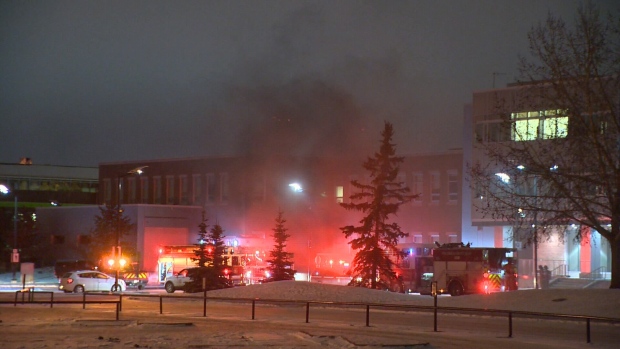 Fiona Beland-Quest, a Strathcona County councillor from 2013 to 2017, was "extremely frustrated" after Frank's news conference.

"Reporters kept asking the same question and he kept going around," Beland-Quest said.

"I kept hearing from the mayor that everything is OK, 'We did everything right.' And I don’t think that is."

Beland-Quest, who now owns a consulting business, said she was shocked about the lack of communication after the explosions.

Gagnon, who watched the news conference live, wondered why the county didn't use the Alberta Emergency Alert, or at least its Facebook page or website.

"Nobody knew what was happening and we still don't, because [Frank] still thinks they did everything right," Gagnon said. "And by saying the communication between the K Division and the on-scene commander is going to be better, well, that still doesn’t help us. We still need to know what's going on in our neighbourhood."

Beland-Quest and Gagnon acknowledged Strathcona County and RCMP did a good job to keep the community safe, but they wanted more from the mayor on Tuesday.

"I wanted to hear him say that we made a mistake by not telling anyone anything and we'll do better next time, but he didn't say that," Gagnon said.