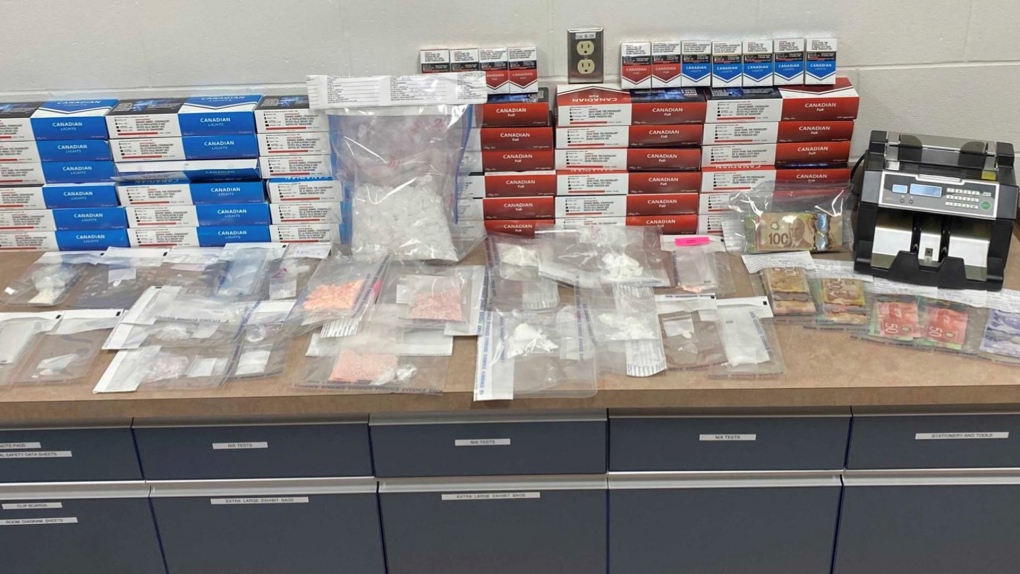 An Edmonton man is facing a number of charges in connection with a drug investigation.

St. Albert Mounties in assistance with the Edmonton Police Service started an investigation into fentanyl and methamphetamine trafficking over the summer.

A search warrant was executed at an Edmonton home, and the following items were seized:

A 32-year-old Edmonton man was arrested on Oct. 20, and is now facing the following charges:

The suspect has been released from custody and will appear in Edmonton Provincial Court on Dec. 6.

Two RCMP officers are accused of manslaughter in the 2017 death of an Indigenous man in Prince George, B.C., prosecutors announced Wednesday.

TREND LINE | Canada's health care crisis: Who's accountable, and how can we fix an overburdened system?

The former director of a zoo in southern Mexico killed four of the zoo's pygmy goats and served them up at a Christmas-season party, authorities said.

Canada's new special representative on combating Islamophobia says she is sorry that her words have hurt Quebecers.

Police have released a video of a driver who smashed a vehicle through the doors of Vaughan, Ont. mall early Wednesday before allegedly breaking into an electronics store.

Higher grocery prices are expected to hit stores across Canada soon as a blackout on price increases over the holiday season comes to an end.

Nearly 130,000 Helly Hansen sweaters and hoodies have been recalled in Canada due to flammability concerns.