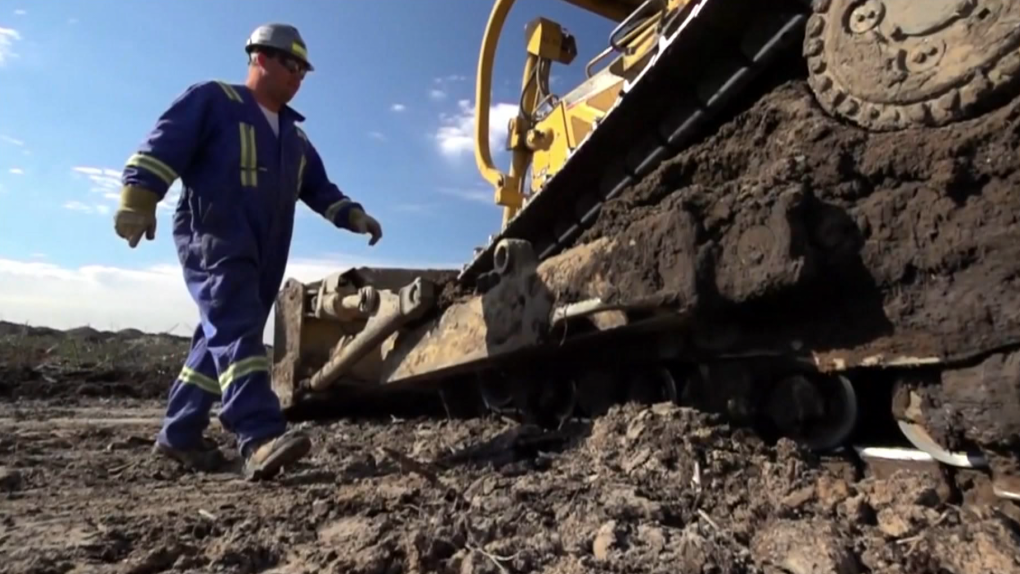 FORT MCMURRAY -- Imperial Oil Ltd. is reporting the deaths of 50 birds that landed on tailings areas near its Kearl oilsands project in northern Alberta.

Imperial says more than 100 birds per day, mainly grebes and shorebirds, have landed on the ponds over several days, mostly on open water.

Jon Harding, an Imperial spokesman, says some of the oily birds have been taken to a rehabilitation centre in Edmonton where they will be cleaned and assessed.

It says the system is maintained and operated by a well-trained, experienced and dedicated team that works throughout the annual bird migration and breeding season.

Imperial says it believes exhausted birds landed at the Kearl site in spite of the deterrents because most of the natural water bodies in the area are still frozen.

"We very much regret this situation and are making every effort to protect the birds and learn from these increased landings," Harding said in an email Tuesday.

"Our personnel, with expert third-party support, continue to actively monitor the situation and are taking all prudent steps to safely encourage the birds to avoid and move off landing areas."

Harding said Imperial has notified industry regulators about what happened.

In January 2019, Syncrude was fined more than $2.7 million after pleading guilty to environmental charges in the deaths of 31 great blue herons at one of its oilsands mines north of Fort McMurray in 2015.

An agreed statement of facts said that Syncrude admitted that an abandoned sump pond in which the birds were found didn't have deterrents to keep waterfowl from landing on it, even though the pond met criteria for being high risk.

Fencing and bird deterrents were then installed and the ponds were brought under Syncrude's plan to keep wildlife away from toxic materials at its mine.

Syncrude was found guilty of federal and provincial environmental charges over the duck deaths.

This report by The Canadian Press was first published May 5, 2020