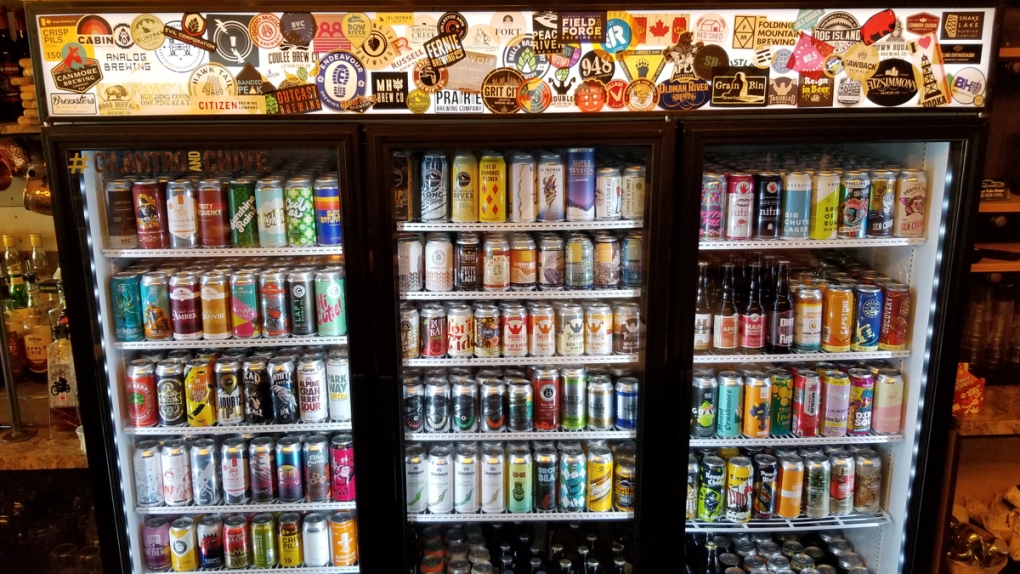 Cilantro and Chive's cooler is stocked with more than 185 local beers.

A Lacombe restaurant is being recognized province-wide for its drink menu.

Cilantro and Chive's cooler is stocked with more than 185 local beers, earning the restaurant a gold award for best beer and a diamond award for best Alberta Content in Culinaire Magazine.

“It’s crazy, it’s incredibly humbling to be associated with some really big names in the industry,” said Kay. “You can’t even put it into words, we’re the only place outside of a major centre or major tourist community to be on that list."

At the restaurant, beer is more than just a pint—it’s part of their philosophy for sourcing food and drinks from nearby.

The local flavours are a big hit with their customers as well.

“They cater to the local industry as a whole, and I think that really makes a big difference these days as businesses go,” said Lee McCarty.

“Their food is second to none, their community involvement is  spectacular and they do have legitimately the best beer selection in town,” said Brad Pallister.

The owners aren’t planning on messing with their success anytime soon. The only thing they would change is getting a bigger fridge so they could stock more brews.

“We just have fun with what we do. It’s not easy sourcing from multiple craft breweries by any stretch, but it’s about the relationship, it’s about the communication and the engagement we have with local breweries.”