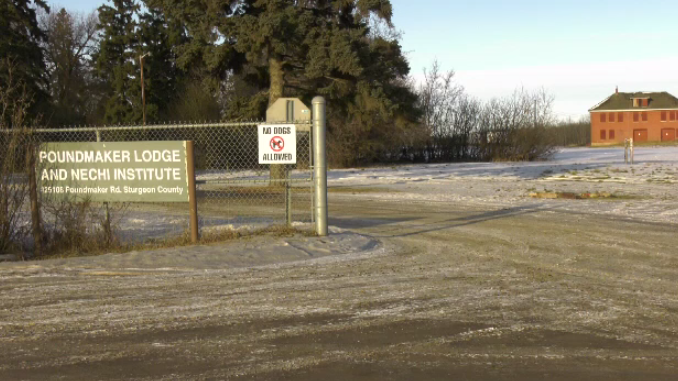 The entrance to Poundmaker Lodge and the Nechi Institute in Sturgeon County is shown. Dec. 4, 2019. (CTV News Edmonton)

EDMONTON -- Help is on the way for Indigenous Albertans seeking addiction treatment after the province announced a $1.4-million investment into Poundmaker's Lodge Treatment Centres.

Mental Health and Addictions Minister Jason Luan said the money will pay for 28 new residential addiction treatment beds for a men's program and seven existing beds for a women's program at the Iskwew Healing Lodge.

The $1.4 million will also pay for upgrades to five medically supported detox beds.

"When we say it is inspiring to see so many people united in recovery improve their health…it's how you guys have demonstrated that is possible," he told a group that included treatment centre staff and elders.

Luan said the investment comes as the province sees an average of two people fatally overdose every single day.

"Far too many Albertans are still living in the life of addiction due to the lack of access to treatment services. On top of that, Indigenous people in Alberta are two to three times more likely to suffer from addiction than the normal population," said Luan.

This is not a light decision made, but a difficult one involved several Ministries. Albertans expect their Gov to be efficient & effective. We’re reallocating our limited spaces to create more room for urgent treatment beds to save lives. #AbLeg @Richard4Alberta @prasadpandayyc https://t.co/MmwwraHalg

The announcement comes after the Nechi Institute, and Indigenous healing centre that offers counselling and therapy services, was evicted form the site to make room for the additional beds.

Poundmaker's Lodge has been in operation for 46 years and blends Indigenous healing with western practices to help treat addictions. It serves an average of 550 clients annually, according to Cardinal.