EDMONTON -- A new line of clothing created by a First Nations hockey player is hoping to pay it forward to a new generation of Indigenous players.

Harlan Kingfisher grew up playing in Indigenous hockey tournaments, saying they played a key role in his life growing up.

But the clothing is as much about the huge crowds gathered watching, extended family and elders — all of that missing during the pandemic.

"It's a cultural celebration, hockey, in the First Nation Community. It's sad we didn't have any tournaments this year, but it's also amazing that I could launch this line and everybody be really positive about it and enjoy wearing it," said Kingfisher.

This is a new venture for the full-time power engineer. His family doubles as his models, showing off his hats and hoodies. But with former Oiler Jason Strudwick and first-ever First Nation female hockey Olympian Bridgette Lacquette have helped Kingfisher spread the word. 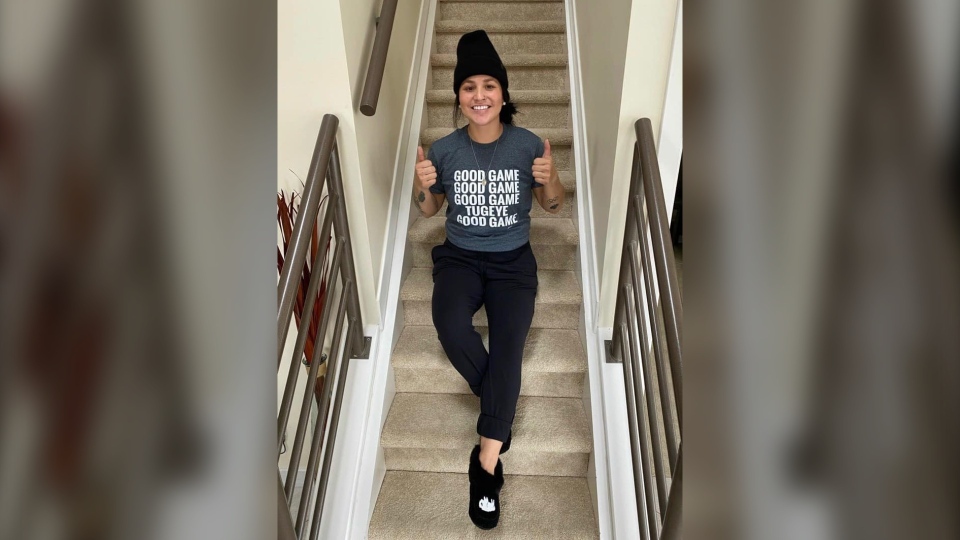 "There's a lot of First Nation entrepreneurs or people with ideas, and they're afraid to make the jump. But anyone else who wants to do something like this I just say go for it because the Aboriginal community support is just amazing," said Kingfisher.

"Seeing their faces when they send me pictures, it's an amazing feeling being the brand owner who decided to just go ahead and do something like this."

He hopes the sayings resonate beyond First Nations fans. Some of the proceeds will go to programs Canada-wide, to help Indigenous kids who can't afford gear to take up the game Kingfisher loves.