Infant formula recalled in Alberta, should not be eaten: CFIA 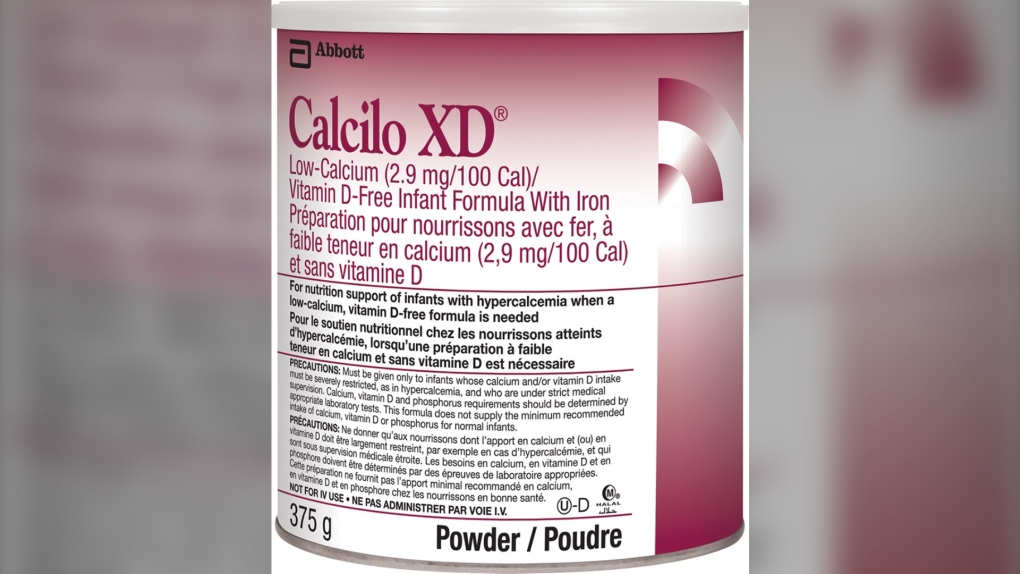 Calcilo XD powder by Abbott Laboratories was recalled Sept. 13 by the Canadian Food Inspection Agency for rancidity and an "off colour." (Provided)

An infant formula has been recalled in provinces across Canada, including Alberta, due to rancidity and an "off colour."

The Canadian Food Inspection Agency says Calcilo XD powder by Abbott Laboratories should not be eaten, but instead thrown out or returned.

CFIA warned the product may have an unusual smell, and consumption could cause nausea, vomiting and diarrhea.

The recall was instated voluntarily by the company.

CFIA said it is conducting a food safety investigation, which may lead to the recall of other products and that the public would be kept updated.

There have been illnesses reported as a result of the product, although the CFIA did not release details on the incidents.

The recall is effective in the prairie provinces, Ontario, Quebec, Nova Scotia, and Newfoundland and Labrador.