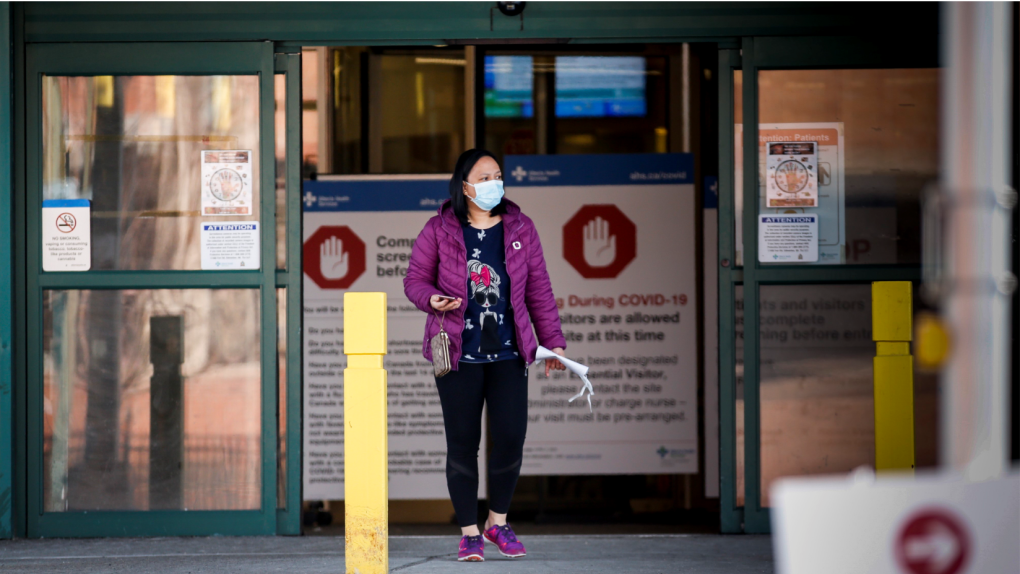 A woman leaves the Peter Lougheed Centre hospital in Calgary, Alta., Thursday, April 9, 2020, essential visitors are the only visitors permitted in Alberta hospitals as part of COVID-19 precautions. THE CANADIAN PRESS/Jeff McIntosh​

EDMONTON -- Alberta entered 2022 at the start of a fifth pandemic wave, one driven largely by the highly contagious Omicron variant.

Rather, factors independent of testing including the stress on hospitals, in particular intensive care units, as well as deaths are now better indicators of the impact of the pandemic.