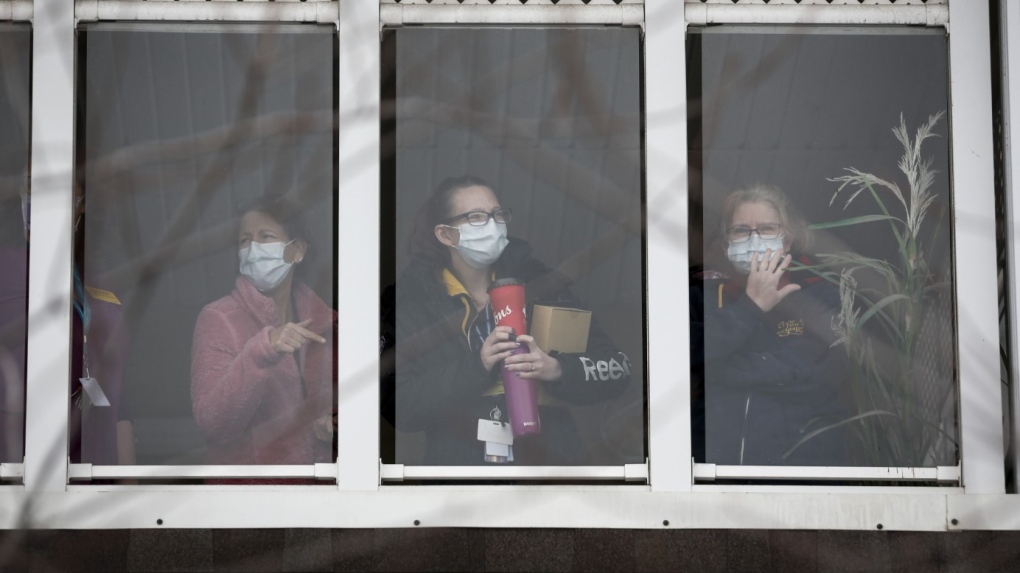 Staff members wave to family and friends who came out to show support of residents and staff in the McKenzie Towne Long Term Care centre, in Calgary, Alta., Thursday, April 2, 2020. THE CANADIAN PRESS/Jeff McIntosh

It's important to note the numbers provided each afternoon are a preliminary tally of the day's COVID-19 situation. Virtually all of those numbers are regularly retroactively updated as health authorities confirm updated and new information.

The number of active cases in the province can go up or down depending on the number of new cases and new recoveries on a given day.

In simple terms, a recovery is someone who contracted COVID-19 but didn't die due to the virus.

A recovery is not necessarily synonymous with a return to full health as many patients report severe symptoms long after their infections have cleared including "long-haulers" who may deal with multiple syndromes months after diagnosis.

In late December, Alberta reported its first cases of the more infectious variants of COVID-19.

cases are currently increasing, decreasing or staying the same.The value can be calculated using one of several different models which estimate a number of past and future factors around the virus and population. The province has provided the statistic on a weekly basis since Dec. 8.

It can generally be calculated by dividing the number of positive results by number of tests, but Alberta Health cautions that confirmed cases can occasionally appear the reporting system two to three days later. The precise figure takes that delay into account and is provided by the province.

But, younger age groups are not immune and have made up the majority of active COVID-19 cases through several weeks.