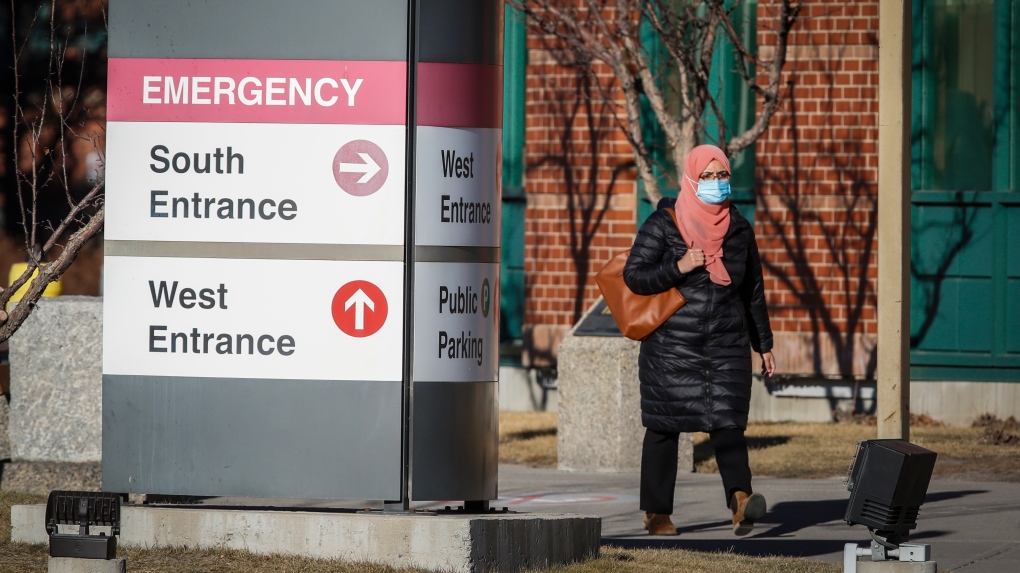 A woman wearing a mask walks past the Peter Lougheed Hospital in Calgary, Alta., Thursday, Dec. 3, 2020, amid a worldwide COVID-19 pandemic. THE CANADIAN PRESS/Jeff McIntosh

The number of vaccinated Albertans is expected to grow rapidly after Health Canada authorized Pfizer-BioNTech’s two-dose vaccine for children ages five to 11.

But experts fear the continued presence of the Delta variant, along with more indoor gatherings amid colder winter weather, could lead to a fifth wave in Alberta.

The sections below set out some of the terms and key metrics to monitor as the pandemic continues.

The numbers of COVID-19 patients in hospitals and intensive care units are important indicators of how severely the pandemic is affecting Albertans, and the amount of stress it's placing on the province's health care system.

Vaccine eligiblity has grown from mid-March onwards and expanded to all Albertans born in 2009 or earlier on May 10. On Nov. 19, Health Canada authorized the Pfizer-BioNTech's two-dose vaccine for children aged five to 11 years old.