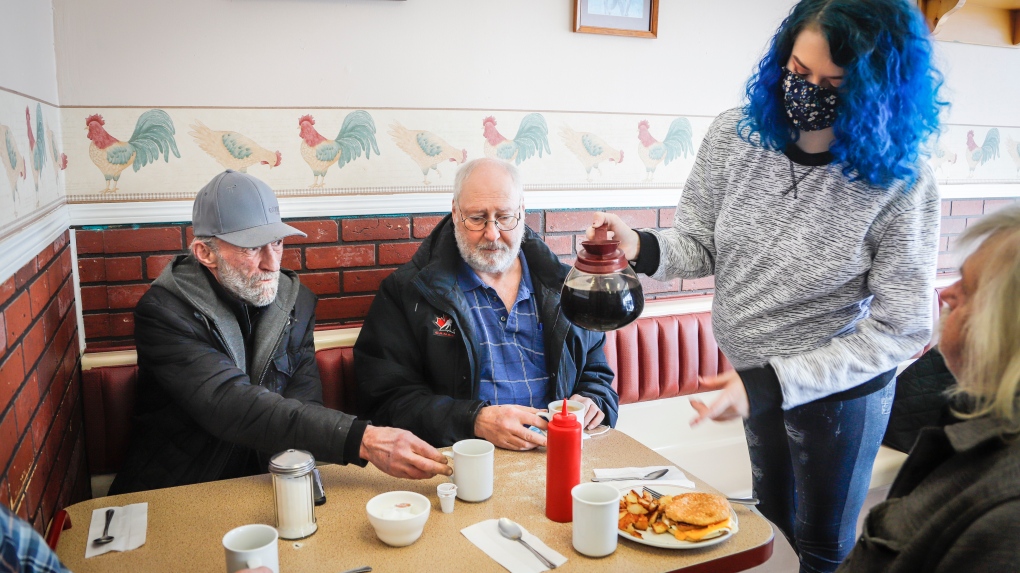 Waitress Tracy Laveque serves patrons as they enjoy dining in at Hunter's Country Kitchen, as Alberta begins Step 1 of a plan to ease restrictions, in Carstairs, Alta., Monday, Feb. 8, 2021. THE CANADIAN PRESS/Jeff McIntosh​