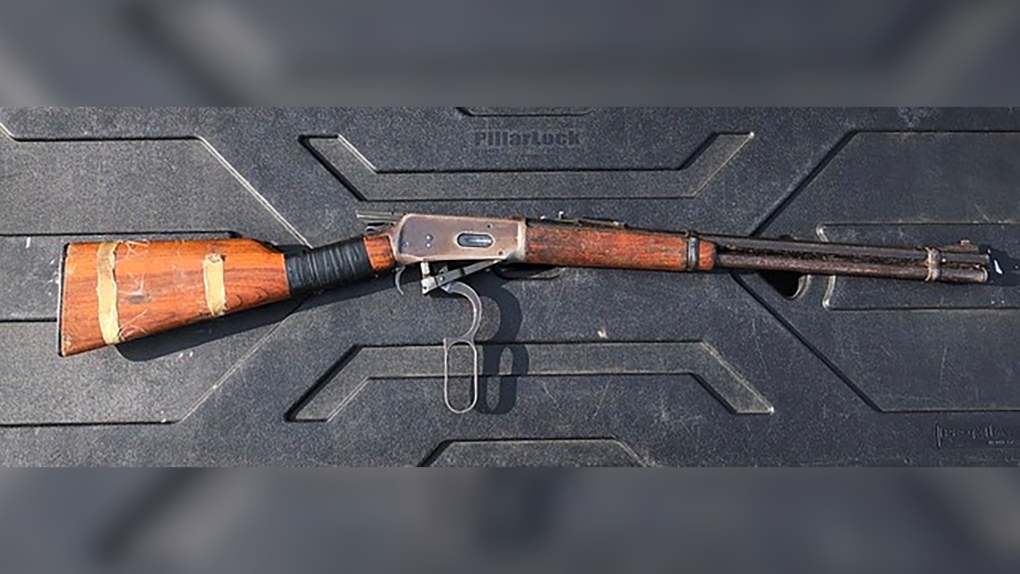 ASIRT says this rifle was found at the scene of a confrontation between police and a man who was fatally shot. (Credit: ASIRT)

EDMONTON -- The Alberta Serious Incident Response Team is investigating after a 51-year-old man died in an officer-involved shooting north of Edmonton over the weekend.

It happened on Saturday around 11:15 p.m. when Athabasca RCMP officers responded to a home in Calling Lake after a series of 911 calls.

According to ASIRT, the calls alleged a man at the house had stated he was looking for an armed confrontation with police.

When officers arrived, the man was outside the house, but he went back inside shortly after.

Police contained the location and waited for the Emergency Response Team to arrive. They were also able to contact the man on the phone.

Around 1:32 a.m., before the ERT arrived, the man allegedly came out of the house with a gun and began to walk down the road.

ASIRT says the man and the officers got into a confrontation, and one of the officers shot the man, who was pronounced dead at the scene when EMTs arrived.

A loaded lever-action .30-30 rifle and a shell casing were found at the scene of the confrontation.

This is one of two investigations in to fatal officer-involved shootings ASIRT has been called to investigate in the past four days.

Calling Lake is about 210 kilometres north of Edmonton.