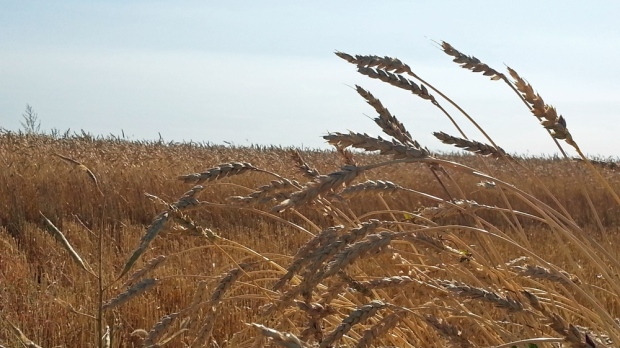 Investors are buying up Alberta farmland, driving up land prices across the province, according to a new report released this month.

The investors are buying farmland in small quantities, but the purchases are having a huge impact on the price of land in Alberta, said Katherine Aske, author of the paper that investigates the impact of farmland investors and their impact.

“One high purchase price can set a new standard in a wide region. Even in purchasing a small number of acres, investors are having a huge impact on prices,” Aske said.

Investors range from pension funds to farmers who are scooping up real estate and renting it out to other farmers. The trend of investor influence really started to take off after the 2008 market collapse, and it began in the global south, but over the last 10 years the phenomenon has moved to North America, Aske said.

Farmland typically didn't have volatile prices and investors wanted some slow and steady elements to add to their portfolios, Aske said, so they started looking at putting money there.

At the time, food prices were jumping and farmland was viewed as a way to potentially capitalize on the high prices, Aske said, along with investors wanting to capitalize on the chaos of climate change. Owning land allows investors to own water and other things which are essential to life on the planet, Aske said.

Banks' lending policies are having a profound impact on farms as well, said Aske. Banks are willing to shell out more cash to farmers, who then pay more for the land when they buy.

Farmers themselves are looking at farming more like investors, Aske said, noting it is now impossible in many cases to pay off a quarter section of farmland, even with a lifetime of farming conventional grain and oilseed on it.

The land is then bought in the hopes the land price will increase. In future, when the investor sells the land, the farmers will make a profit from the sale, rather than from the product grown on it.

“The relationship there to land is really shifting to become one that's more speculative than about production,” Aske said.

In Alberta, it is difficult to know how much land has fallen into the hands of investors, Aske said, as the province forces researchers to pay thousands of dollars to access land title records. In other provinces, such as Saskatchewan, records are accessible, which makes it is easy to track the trend.

Once investors are involved, they often have more oversight on how the land is used and the production on the ground, and many have contracts with more stipulations on production.

As a result of all these changes, fewer and fewer farmers can afford to buy land. They are becoming tenants rather than owners, Aske said, which provides them with much less economic security.

“It disconnects them from the long-term health of the land,” Aske said.

The change of investors' involvement in farming isn't inevitable, Aske said, and putting policies in place to limit investors from scooping up farmland would help keep the land in the hands of farmers.

Regulating bank lending policies for farmland would also help reverse the trend, Aske said, along with providing more financial security for farmers through programs such as a farmers' pension fund, so they aren't selling their land to their highest bidder when they are ready to retire.