Is Alberta's senate election a scam? A joke? Some candidates think so, some don't 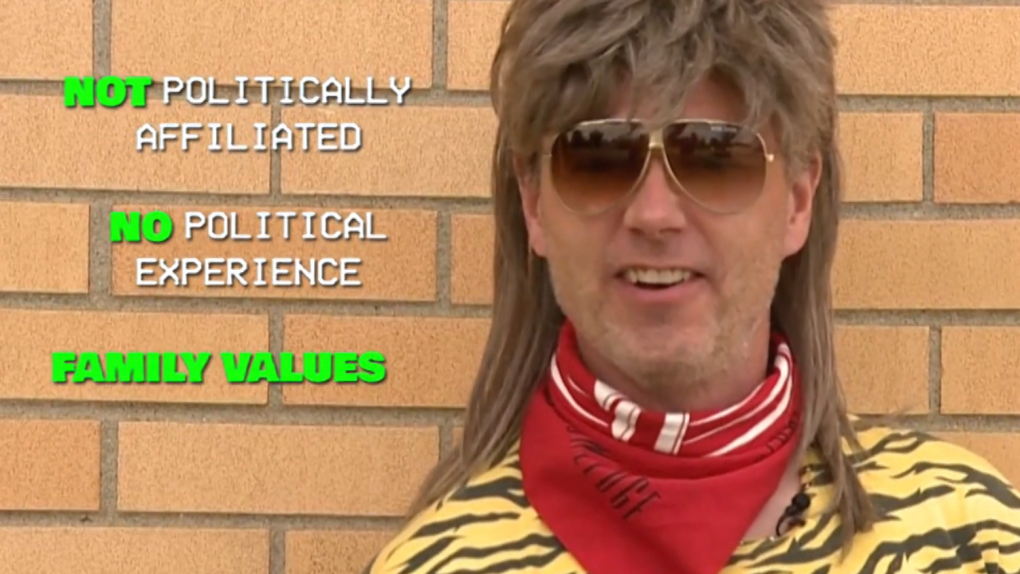 The ballots are real paper - but they don’t really count.

The votes will be counted - but that doesn’t necessarily mean the winner gets the job.

The realities of Alberta’s upcoming senate election have caused many to question why we’re doing it in the first place, including some of the people taking part in the process.

“We don’t elect senators in this country. We never have.”

That hasn’t stopped him from running, although Kinney makes it very clear he’s on the ballot to protest the election and one its biggest supporters.

“If you don’t like Jason Kenney, vote for me, because it will piss Jason Kenney off,” Kinney, host and editor of the Progress Report, said in a Thursday interview.

Kinney isn’t the only one poking fun at the race.

“It’s like becoming prom king, and there’s no prom! Where do I go now?” asked candidate Chad ‘Jett Thunders’ Saunders.

Saunders does his campaigning in sunglasses, a blonde mullet wig and a bright animal-print shirt.

“I’m not identifying with any party, other than party all the time,” he proudly declared.

But Saunders isn’t against actually doing the job, and it’s not his policy to joke all of the time.

“There’s so many Canadians that go, ‘They just hang out.’ There’s a lot of work done in the senate, it’s a check and balance for our parliamentary system,” he explained.

Former MLA and PC cabinet minister Doug Horner is also in the race.

He’s promising to share his “proven track record of excellence and experience in public policy, business and community service."

Former UCP president Erica Barootes is also a candidate with some name recognition.

Thirteen people are on the ballot and a complete registry is available on Elections Alberta’s website.

‘COME ON IN’: CURRENT SENATOR WELCOMES ALL

Of the nine senate nominees that Alberta voters have chosen since 1989, five of them actually made it into the senate.

Doug Black is one of them, and he defends the process that worked for him.

“There's no guarantee that whoever wins this senate election will be appointed by the prime minister, however, we still need to take this seriously,” he explained.

“It's in our interest to increase our exposure and voice and pressure points in Ottawa.”

Still, Black is able to chuckle at some of the “unusual” things he’s seen in senate races.

“We had the Rhinoceros Party in Canada. They wanted to encourage higher education by building taller schools and that kind of stuff,” he said with a laugh. “It’s all harmless, but bring the points of view on!”

“Come on in, if you have a point of view and you want to express your point of view, express it. Then voters will decide. Albertans are smart. They're gonna settle on the candidates that represent them strongly,” Black said with confidence.

The last time Albertans voted for senate nominees was in 2012.