'It can happen to you': Edmonton wine bar stuck with $3K in damages after police arrest

The City of Edmonton has refused to compensate a downtown business for damages following an arrest made by police in August.

According to Cheryl Voordenhout with the Edmonton Police Service, officers were searching for an armed man around midnight last summer and found the 22-year-old outside of Tzin Wine & Tapas on 104 Street.

Police set off a flash bang – an explosive device that uses bright light and loud noise to disorient people — to get the man to surrender.

The man was arrested and charged with seven offences, Voordenhout said.

'YOUR CLAIM IS DENIED'

The co-owner of Tzin Wine & Tapas, Glenn Quinn, recalled his wife being awakened by a security alert on her phone the night of the arrest.

“She saw a couple people outside on the street,” he explained. “The next thing she saw was a white van drive by and stop. There was all kinds of white flashing going off.”

Quinn’s wife went down to the restaurant around 1 a.m. to make sure everything was OK and found a card from EPS saying officers used “flash grenades” and to contact them.

There was $3,000 in damages, including two smashed windows. 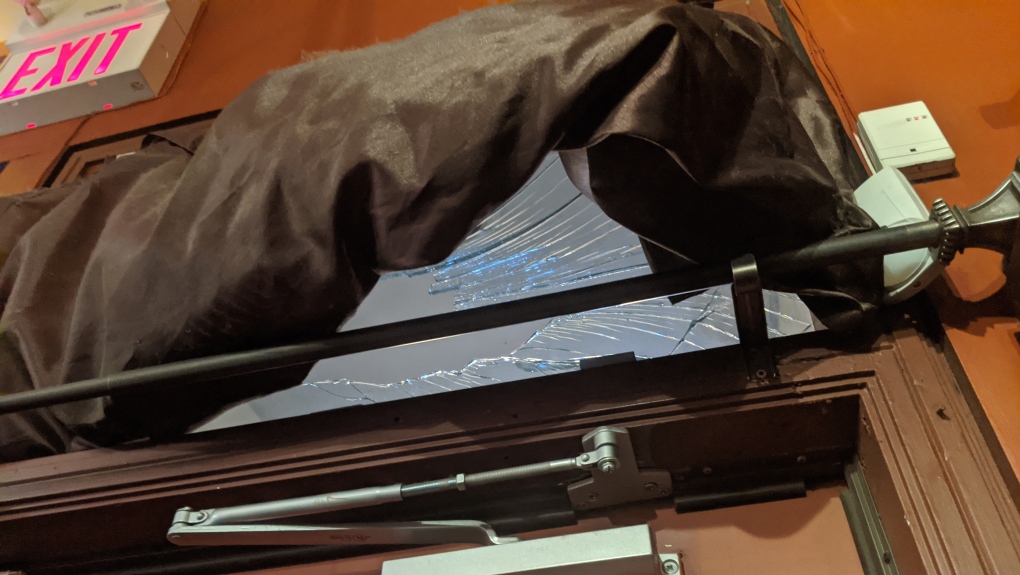 A review by the city found “Edmonton Police Services were acting under the scope of their duties and as such, the city cannot be held liable for damages sustained to property.”

“It's very frustrating as a small business owner and it should be frustrating to citizens of Edmonton knowing that the City of Edmonton is going to deny your claim any time the police make an arrest that causes damage,” Quinn explained.

“It certainly surprises me that a restaurant who did nothing to contribute to this whatsoever is being forced to pay for damages it had nothing to do with,” Chris Lewis, a public safety analyst for CTV, reacted.

It’s also a big bill to foot in a time when businesses are already struggling to scrape by.

“This goes back to being in a business that’s been decimated by the pandemic, so $3,000 is a lot of money,” Quinn said.

The solution to this problem, according to Lewis? The city should be held accountable and reimburse the business owners.

“Pay it. Get it over with,” he said. “Why force these people to pay for something when they did nothing wrong?”

On Wednesday, Amarjeet Sohi addressed the claim and told reporters he would ask city administration to investigate.

“We’re definitely going to dig deeper into some of the procedures the city follows,” Sohi added.

11 killed in shooting attacks on 2 bars in Mexico

A report looking into a mapping program the RCMP had access to -- but couldn't open -- during the 2020 mass shooting in Nova Scotia concludes it could have helped contain the killer's rampage.

Actor Amber Heard rested her case Tuesday in the civil suit between her and ex-husband Johnny Depp without calling Depp to the stand.