A die hard live music fan from Edmonton has more band shirts than days in the year, and has been to more than 640 concerts in the last four decades.

Allan Hemmings has been to so many concerts that it's nearly impossible to remember them all without some type of record.

Hemmings said he'll always remember his first concert; his mom bought him a ticket to see Kenny Rogers and The First Edition at the Jubilee Auditorium in 1974.

Though he doesn't have that one, he started collecting his concert tickets in 1977, when he saw AC/DC on the Dirty Deeds Done Dirt Cheap tour.

"It's a memory. You can look at that ticket and remember what happened at that concert… at least I can," said Hemmings. "I've lost a few over the years, washed a few, but I've got 90 per cent of them."

The physical ticket stub is a way for Hemmings to represent his love of live music.

"To have that ticket, to feel that ticket," he said. "Merch didn't come out until [the] late 70s, so I wanted something to remember the concert by." 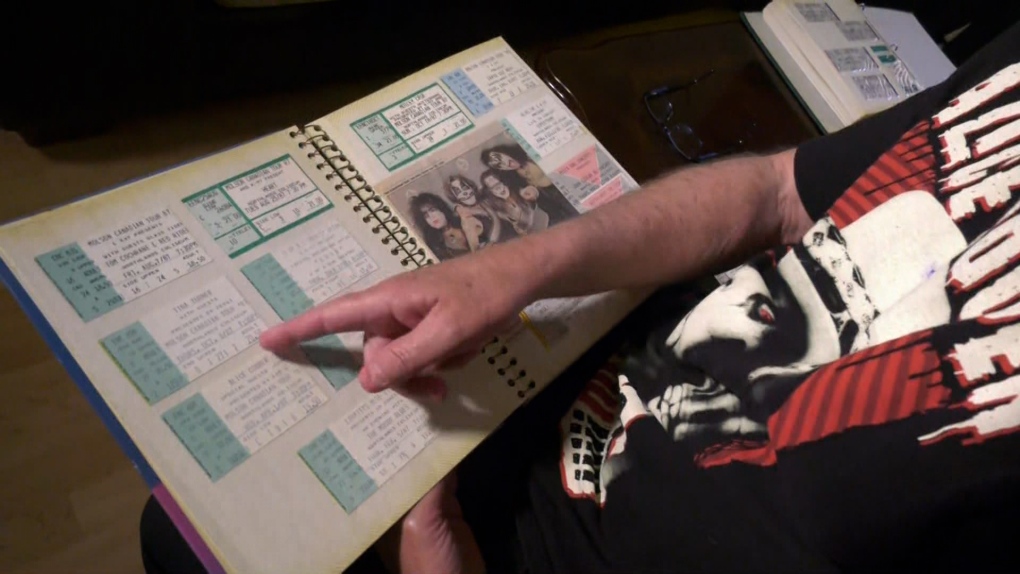 Hemmings said the biggest mistake he's ever made at a concert was skipping the opening act. In 1986 he went to see Iron Maiden and was in the beer gardens instead of watching the opening band with his friend.

"When I came to the seat he said, 'You guys should've stayed, these guys were unreal.' And it was Guns N' Roses."

He made up for it by seeing them in 1991 and grabbing a t-shirt to commemorate the occasion.

"People have called me up and wanted to buy my collection, 35-hundred bucks. I said, 'Not a chance.'" 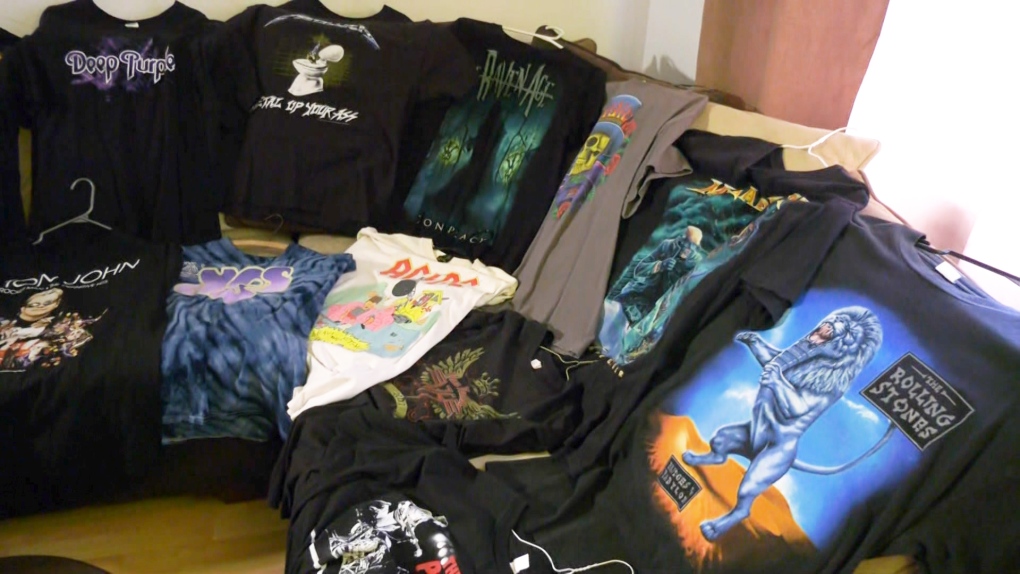 Though he has no intention of ever selling his 380 shirt collection, he does have a plan for it when he's no longer around.

"Some day when I pass away, at my memorial, my sister is going to put a t-shirt in a bag and as you go out the door you grab a bag," he said. "That way every time you wear that shirt you think of me."

The tickets will live on too in the form of a coffee table that will go to his grandchildren.

"Lay all the tickets out in it, put glass on top, have it etched like a ticket and then that coffee table can be passed down."

Many of those tickets will be from Alice Cooper shows – one of his favorite artists.

"I like my music to have an edge," laughed Hemmings. "I try not to miss an Alice Cooper concert if it's in Edmonton, and I never have."

Tuesday night marked his 22nd Alice Cooper show, and 643rd concert, it was a bittersweet night for him.

"It'll probably be the last physical ticket I get because the concerts I have coming up are all digital tickets," he said.

Next on the list for Hemmings is The Stadium Tour featuring Def Leppard, Motley Crue, Poison and Joan Jett & The Blackhearts.