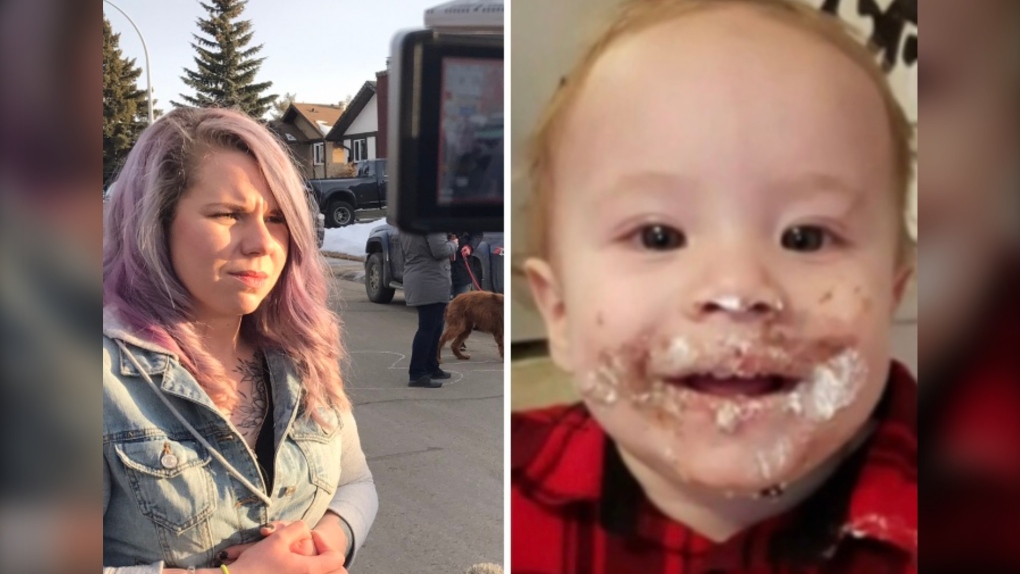 Ashton Bishop (left) and her son, Ares (right). Ares was killed when he was one, and his father, Damien Christopher Starrett, was charged with the murder. April 8, 2020.

EDMONTON -- About four months after her baby Ares was killed, Ashton Bishop was informed the man charged with his murder received bail.

“It’s a terrible feeling. I don’t even know on what justification they have to release him,” Bishop said Wednesday, adding she couldn’t be at the bail hearing because of COVID-19 restrictions.

“A lot of people said, ‘No judge in their right mind would have given him bail.’ But here we are,” Bishop said.

In November, Damien Christopher Starrett, 30, of Fort Saskatchewan was charged with second-degree murder in the death of his one-year-old son.

Starrett was also charged with assaulting another child.

Bishop said she was informed of the bail on Monday.

Alberta Justice confirmed bail was granted on April 3, but no release date was provided.

On Wednesday, Bishop joined a protest outside of the home she believes the accused will be staying in when he’s released.

Bishop wouldn’t comment on the circumstances of the crime, but said she didn’t feel safe with Starrett out on bail.

“I’m not confident he’s going to be safe in the house or well detained,” she said, adding she believes he’ll be staying with his elderly grandparents.

“He’s a bigger man. They’ve never really been able to stop him before so I don’t know why a piece of paper is gonna keep him in there,” Bishop said. 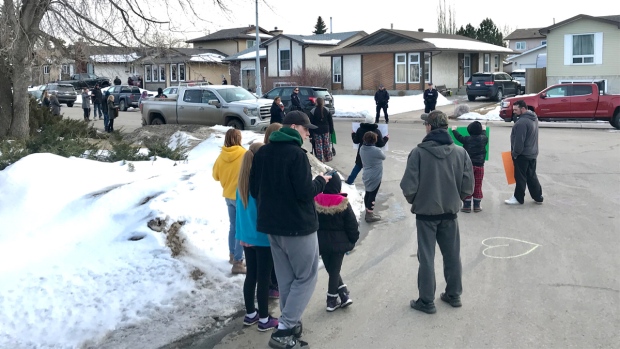 John MacEachern, of the group Home Safe Every Night, organized protests outside of the home on Monday and Wednesday.

He was joined by about 40 other people who quietly surrounded the house while maintaining physical distance.

At least 10 RCMP officers stood guard around the home.

A man in the house involved declined to comment to CTV News Edmonton on Monday.

“We’ll do it (protest) again. It’ll get bigger next time, and bigger the time after that. Hopefully it brings enough heat around that he doesn’t make it to town,” MacEachern said.

The gathering was “extremely heartwarming,” Bishop said, as she told reporters about her late son.

“He was the sweetest little boy. He was giving hugs and kisses before he was even five months old. He was climbing the stairs by the time he was nine months. He never cried. He was just an overall happy-go-lucky baby,” Bishop said.

Starrett was scheduled to appear in a Fort Saskatchewan court Thursday.