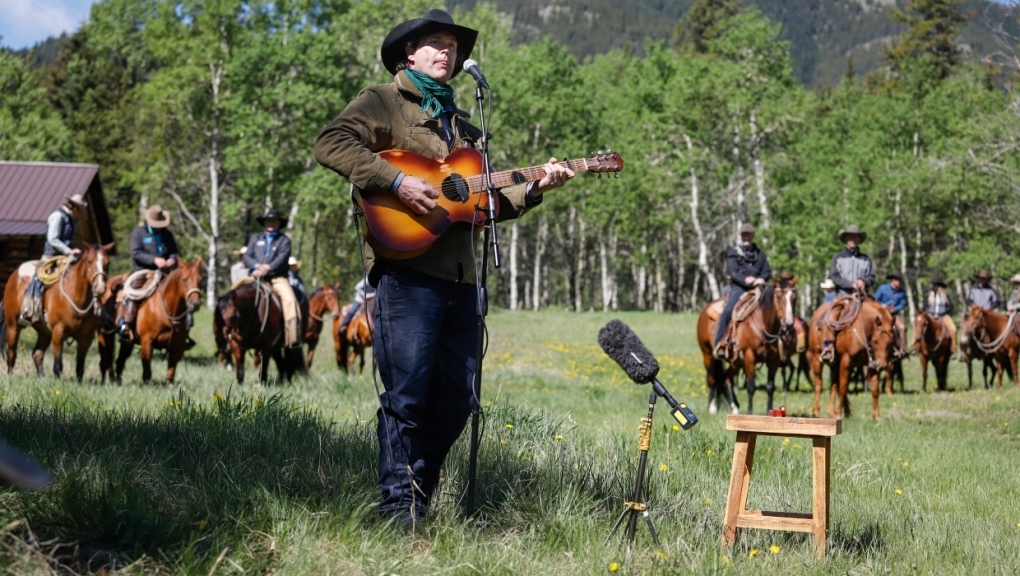 Alberta county star Corb Lund is not backing down on his fight against coal mining in Alberta’s eastern slopes - as he enlisted some help in a new protest video.

Lund re-released his 12-year-old tune “This Is My Prairie” on Tuesday and some of the words have been tweaked to target a proposal for more Rocky Mountain mining.

“I can't blame the miners or the guys drivin’ truck. For feedin’ their families and makin’ a buck. But take a close look at the stock that you own. Cuz this is my prairie, this is my home,” the lyrics go.

Lund said the tune was originally about a rancher trying to preserve the countryside.

The new version captures the fight Albertans launched against mining development in the mountains, he said.

“It's just a terrible idea because all we’re getting out of it is a handful of jobs. And if you weigh those against the agricultural impacts and the tourism impacts, and most of all the impact on our water, it’s a terrible idea,” he argued.

Lund started speaking out about the issue in January when he said he was “kind of pissed off,” about the plan and what he argued was a lack of consultation in building it.

At the time, the UCP government argued metallurgical coal exporting would create jobs for Albertans and the mines would be highly regulated.

But in April, after a public backlash, Energy Minister Sonya Savage said projects on certain lands would “be halted immediately.”

Alberta’s government is currently waiting to hear recommendations from a panel that's been canvassing Albertans to see how, or if, they want that type of development.