'It's about the coaching for me': Female assistant coach thriving with the U of A's Golden Bears 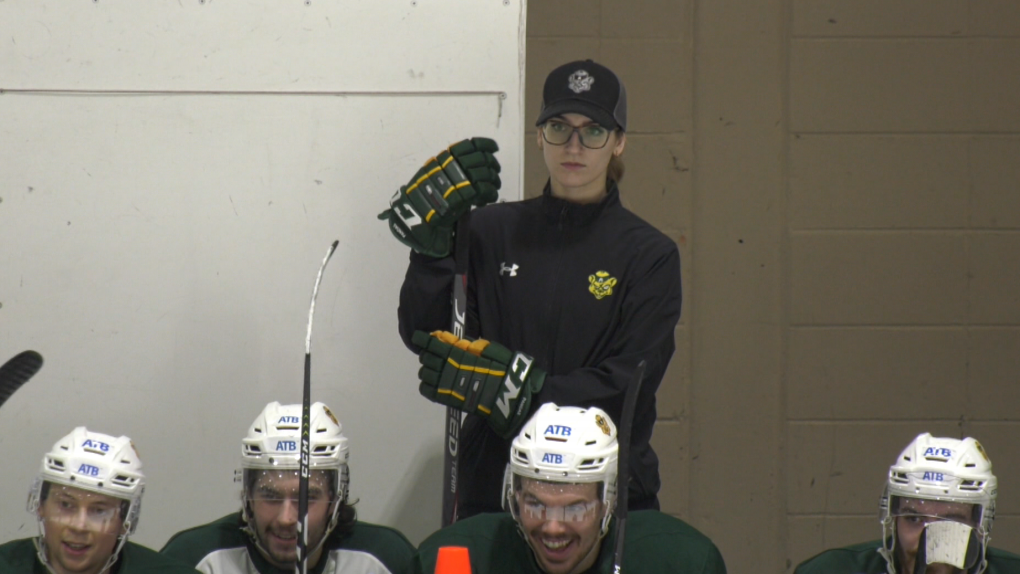 A skilled hockey player from Fairview, Alta., with a knack for coaching was handpicked by the head coach of the University of Alberta’s Golden Bears Hockey to join the team's staff.

Throughout her career, Rachel Wiebe, 22, told CTV News she has primarily played for men's teams. But, it was always a long-term dream to play for the U of A Pandas, the school's female team

“I had always wanted to play on the Pandas since I could skate,” she explained.

“My parents put me on skates as soon as I could walk. I'd always dreamed of coming to come play here.”

Before making her way to Edmonton, Wiebe was attending school and playing women’s hockey in Grande Prairie.

Eventually she made the difficult decision to quit playing because of too many concussions and began coaching, which led to a multitude of opportunities.

When she decided to transfer to the U of A for school, Wiebe reached out to Howie Draper, the Pandas head coach, to try and achieve her childhood dream “in some capacity.”

She joked she would even “fill water bottles,” if necessary.

Well, the team did more than that. She was offered an assistant coach position for the 2019-2020 season. That’s how she met Ian Herbers, head coach for the Golden Bears.

Wiebe recalls Herbers reaching out to her over the summer.

“He said, ‘Hey, I would like you on my team as an assistant coach. Are you interested?’” 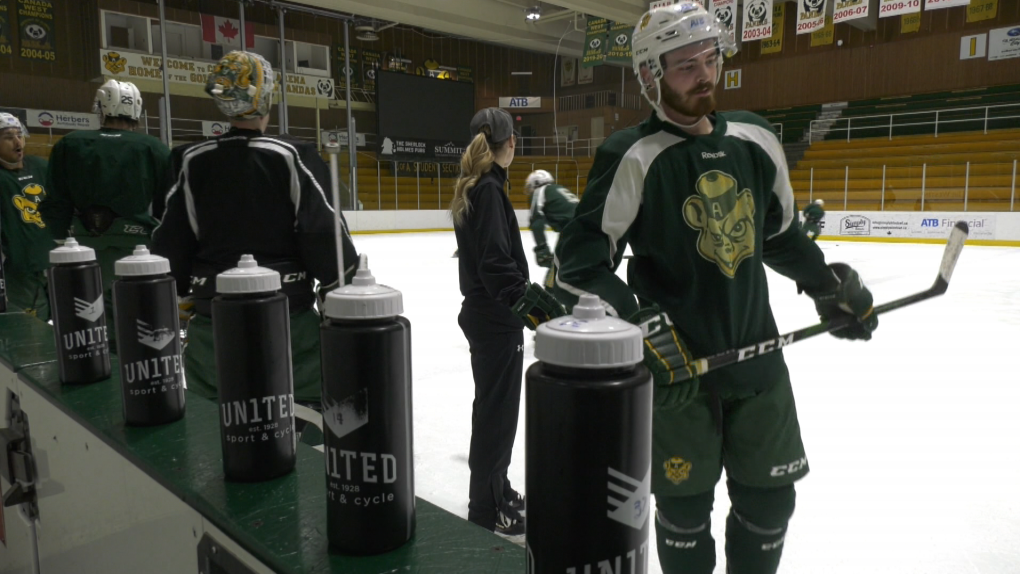 While she’s now coaching for a men’s team, she said all the staff and players have been respectful, supportive and receptive of her feedback.

“You’ve got a wide range of skill-sets and experience and the players do too. They've come from all over,” she explained. “So as much as I’m able to contribute to their game and help develop them, they help contribute to my knowledge of the game as well.”

Wiebe told CTV News it can be intimidating to be the only woman in the room but pushes past the discomfort with her confidence in the sport and her abilities.

“You get over that intimidation,” she said.

“Any assistant coach joining a new program, you have to earn the players respect through your knowledge of the game, your worth ethic, your passion for it. That's male or female, it doesn't really matter the gender in my mind, it's about the coaching for me.”

Wiebe said while stigma and stereotypes around women in male dominated sports still exists, it’s becoming less and less all the time.

“I think seeing a growing number of women getting into it helps younger girls think like, ‘OK there’s someone that looks like me on this men’s team, maybe that’s something that I want to do,’” adding that an opportunity like this has to be earned every single day.

Even though Wiebe is still working on her degree, she hopes to stay with the Golden Bears and “see where it goes.”

“For me, what I try to offer the team is I focus lots on the little details with them and make sure it’s the little battles they need to win to be successful overall,” she said.