EDMONTON -- An Edmonton man with a goal of walking 330 kilometres from Calgary to Edmonton and raising $22,000 finished his 11 day journey Monday.

Chris Sadleir left Calgary on Aug. 7, with his parents following behind in an RV, hoping to raise $22,000 for the Lung Association of Alberta and Northwest Territories on his walk to the capital city.

The fundraiser is called Walk to Breathe, and Chris, an employee of Bell Media, was inspired by his father who had a double lung transplant four years ago.

"It's just quite inspirational quite frankly," said Rob Sadleir, Chris's father. "I don't know how he does it, some of those days were really tough."

People honked and cheered at Chris as he walked, one man even joining him for a while.

"He actually pulled over on the side of the highway and parked and started walking towards me, and he had a double lung transplant just over a year ago, and asked if it would be okay just to walk a little bit with me," said Chris. 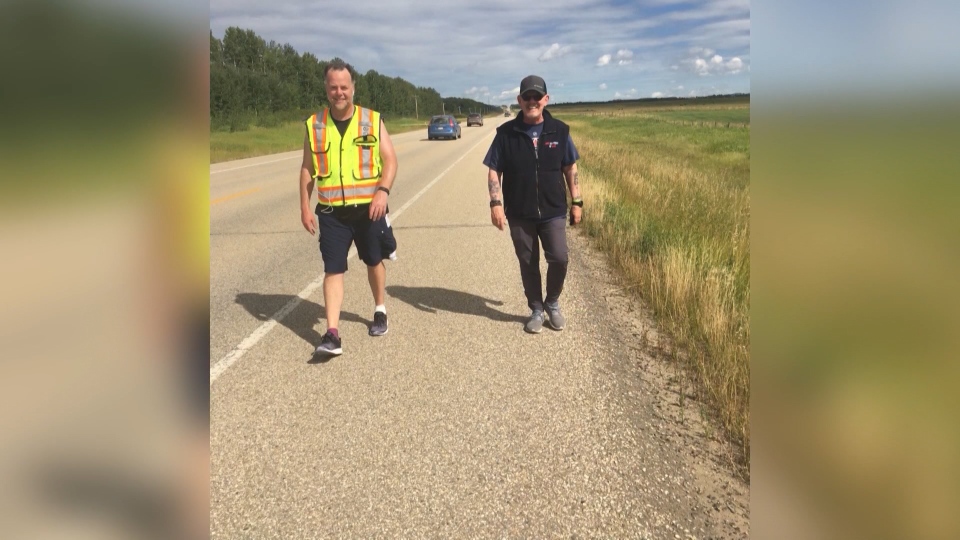 "It's amazing the number of people who have come out and talked about their experiences either their own personal experiences or their extended family or people they know," said Rob.

Early Monday evening Chris finished his walk at the CTV Edmonton station, his final day started 30 kilometres away in the Town of Devon.

"I feel really good, I don't know if it's adrenaline or whatever, it's been an exciting day and everything fell into place." 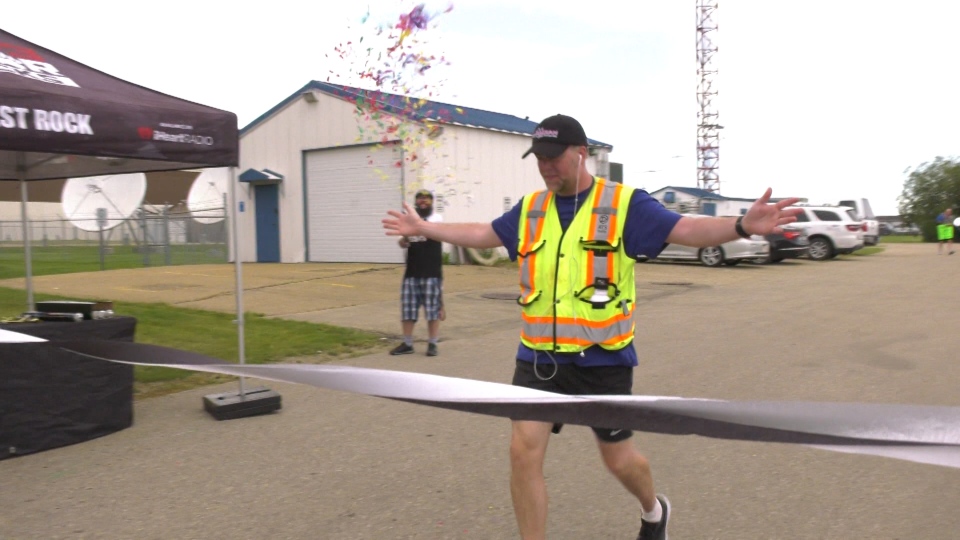 He said it was a really special experience to have his parents with him every step of the way, even if sometimes walking 30 kilometres a day made him a bit cranky.

"We all agreed how special it was to spend the time together as a family unit," said Chris. "We wouldn't have traded it for the world."

Chris covered the equivalent of 3,500 football fields and an estimated 462,000 steps in his journey from Calgary to Edmonton.

Donations are still being accepted, you can donate to Walk to Breathe online.